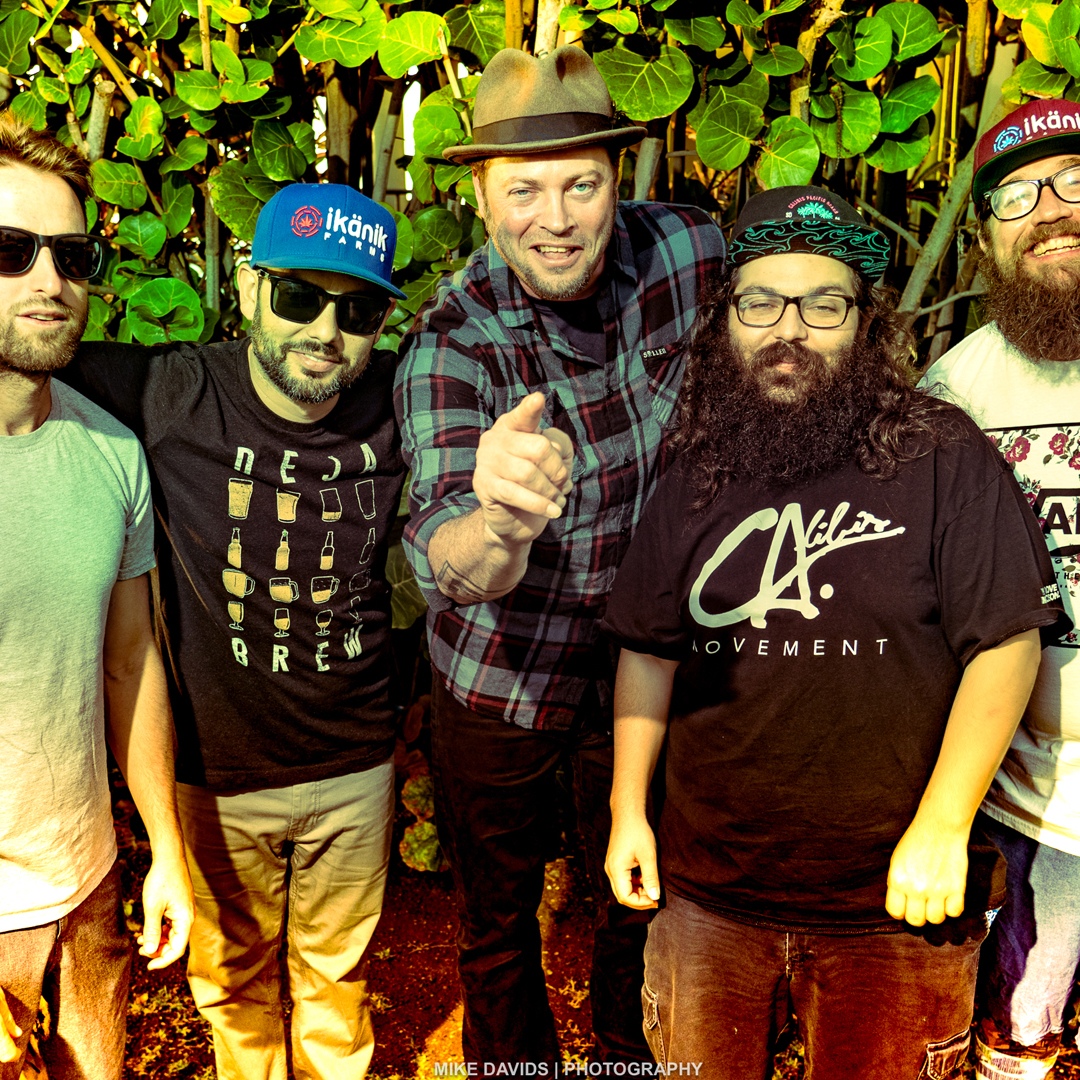 In 2011 they supported Tribal Seeds on their nationwide Tribal Youth Tour to spread their conscious music to the nation. F.Y. linked up The Green, from Hawaii, for a Midwest/Westcoast run before jumping back in the studio to record. They have hit the masses promoting only their 6-song EP titled “Up-Lifted EP” and just released their full-length album, “IRIE STATE OF MIND” on July 1, 2011. Fortunate Youth will also be touring very heavily through 2011 including a Naitonwide CD Release Summer Tour.

Upon Releasing their full-length album they quickly rose to #2 on the iTunes Reggae Charts and also locked in a #13 position on Billboard Top 100 Reggae Albums. Receiving great praise for early success Fortunate Youth strives to spread their interpretation of Reggae music to Music Lovers worldwide.

Fortunate Youth toured very heavily in 2012 supporting Headliners such as The Expendables and Tribal Seeds. FY also headlined their own Nationwide Summer of Sweet Love Tour proving they can pull their own weight. Making their first international departure, Fortunate Youth played 4 shows in Costa Rica spreading the love of reggae music internationally.

Fortunate Youth just finished a Spring 2014 Headline Tour and are gearing up for their Fall with Friends Tour which boasts a solid lineup of support bands including: New Kingston, The Expanders, The Steppas, Ease Up, Thrive, Ashes of Babylon, and more.

Fortunate Youth released ‘Dont Think Twice’ in 2015 and followed it their “Dont Think Twice Spring Tour” with Hirie and Sensamotion Band. In 2016, they released their “Love is the Most High” compilation of Love Songs near Valentine’s Day and then quickly released ‘Cub Collections, Vol. 1″

Fortunate Youth supported Stick Figure on their ‘Set in Stone’ Album Release Tour which over 80% of the shows Sold Out! They followed up with another Summer Support Tour with Slighty Stoopid, SOJA and Grouch & Eligh and went directly into Fall with Slightly Stoopid heading back down the West Coast.

Bumpin’ Uglies
For nearly a decade now, Bumpin Uglies have been playing their brand of groove-heavy jams – a curiously fun mix of ska, Reggae and good ole’ punk rock – all while putting strong lyrics at the forefront of the music. It’s a formula that quickly took them from local favorites, playing around Annapolis, to a national stage. With a wildly infectious sound, tattoo-worthy lyrics and an itch to take their music to the masses, the band piled into the van years ago and have rarely seen home since.

The Bumpin Uglies’ origin story begins with singer/guitarist Brandon Hardesty playing open mics around Maryland. He met bassist Dave Wolf not too long after and Bumpin Uglies was born. With a proper set of wheels and TJ Haslett on drums, they went off to spread their music across the country like modern day Johnny Appleseeds. The group recently added Chad Wright on keyboards, expanding on their sound.
Raised on everything from Bad Religion and The Beach Boys to Sublime and Reel Big Fish, Bumpin Uglies have managed to take inspiration from some of the best out there, run it through their own distinctive filter and end up with a truly original take on the various genres creating an original hybrid. With a unique sound that’s nearly impossible to ignore, the band has gotten everyone from dreadlocked kids to PBR-fueled tattooed punks moving their heads to their music at festivals and on headlining tours across the country.

When they aren’t on the road, they’ve been camped in the studio, churning out three full lengths, two EPs and a live record. Their latest, 2016’s Keep It Together came out on Right Coast Records and is proof that the band has found their groove. The album consists of a dozen stand-out tracks, any one of which could be considered instant classics for the band. They’re already at work on the follow up, but true to their rep as being on the never-ending tour, chances are they’ll be coming to a venue near you soon.

Sexy Rock Band
Super Mighty SRB (formerly “Sexy Rock Band”) was started in the late summer of 2016 when Tone Bone called together an arsenal of his favorite local musicians to form a band. Our mission: To create funky ass, reggae-influenced jams of chart-topping hits. We take the most popular tunes of the past 40 years and today to places they’ve never been.

The original lineup consisted of Tone, Jon, Jojo, Scotty, and Kahuna. All veterans of the local music scene in WNY. (Most of them seasoned in the punk, ska, and reggae genres.) Months were spent perfecting renditions of hits from every pop star you can imagine.

Sexy Rock Band began playing shows in the fall of 2016 through the spring of 2017. In early 2017, Jojo had to leave town to pursue an opportunity in Atlanta. Shortly thereafter, the horns (Ben and Jake) joined up to help fill the sound.

A few shows followed and other commitments led to Tone’s departure from the band in the summer of 2017.

A call went out to fill the huge void left behind by Tone and Jojo. After many auditions and much searching, Chris Maloney came to Sexy Rock Band to bring his unique voice and skill on guitar. Chris brings a wealth of experience and songwriting to the band, allowing Sexy Rock Brand to extend the sound, song catalog, and migrated to playing more and more original music (Debut EP coming soon!)

Now, with a new lineup, original songs and big, horn-driven grooves, “Sexy Rock Band” has been reborn as “Super Mighty SRB” back and ready to bring your party to the next level. Want some Super Mighty music at your event, festival, club or party? Contact us today!