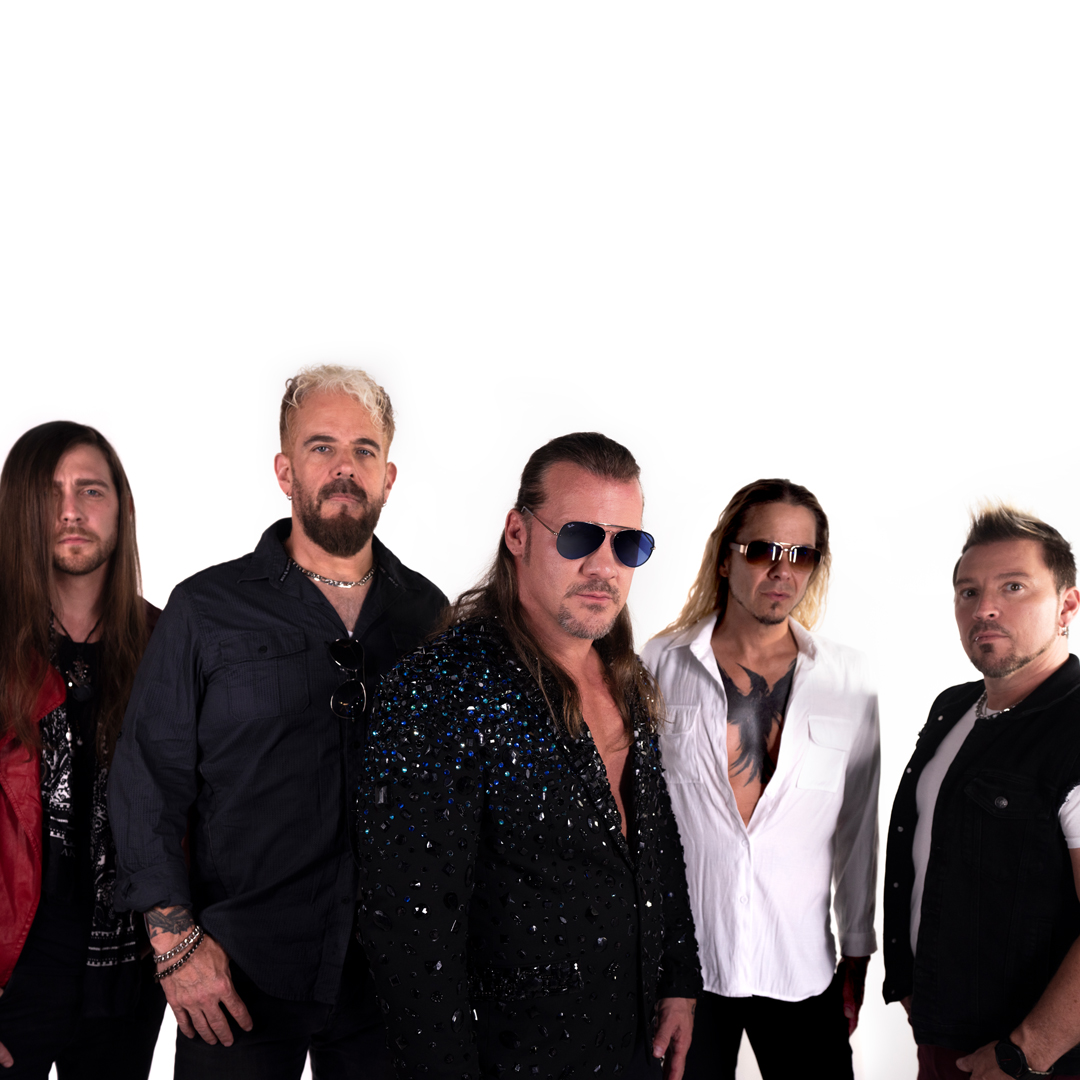 Fozzy: Since the beginning, Fozzy has been about hard work, dedication and delivering great rock n roll to their devoted fans worldwide; reminding them that music is all about invoking dirty, sweaty jubilation and doing it LOUDLY!

However, calling them just “entertainers” would be abridging their talent as Ward is one of the most versatile, underrated riffers in rock n roll and Jericho’s vocal range and passion for music makes one wonder just how he is able to excel in pretty much everything he does. Throw in the powerhouse rock solid drumming of Frank Fontsere, the blazing leads of Billy Grey and the genius & energy of returning bassist Paul DiLeo and it’s no surprise that Fozzy has skyrocketed into becoming one of the hottest rock acts in years.The band inched up the ladder after releasing four progressively popular studio albums. However, it was 2012’s Sin & Bones, which featured the hit single “Sandpaper” (over 3 million views on YouTube) that found the band reaching a level of legitimacy that drew a mass audience to drink in their trademark heavy melodic groove. Sin & Bones eventually reached #143 on the Billboard Top 200 Chart, but it was their next album, Do You Wanna Start A War (produced by Ward), released in the summer of 2014 that really blew the door open, debuting at #54 on Billboard and giving the band their first top 30 single in “Lights Go Out” (which was also the theme for the 2014 WWE Summerslam PPV and blared in sports arenas nationwide), along with the live favorite title track and the ABBA cover (your eyes do not deceive you),“SOS”.But as much success the band had enjoyed, nothing compared to the juggernaut known as “JUDAS”.  Released in May 2017, the song spent 5 WEEKS at NUMBER ONE on the highly influential ‘Big Uns Countdown’ on Sirius/XM’s Octane channel, amassed over 18 MILLION views for its video on YouTube and cracked the TOP 5 on the US Rock Radio Charts. With that giant hit song in their arsenal, Fozzy is now back on the road on their wildly successful Judas Rising Tour. After sharing the stage over the years with Metallica, Kiss, Avenged Sevenfold, Slash, Saxon, Theory Of A Dead Man, Drowning Pool, Steel Panther, Hardcore Superstar & Buckcherry, Fozzy is back on the stage to bring good times and great tunes to their fans around the world and elsewhere! Add in the arrival of their new album also named “Judas” on October 13, 2017, it’s the perfect time to remind the world that not only is Judas Rising, but so is Fozzy!