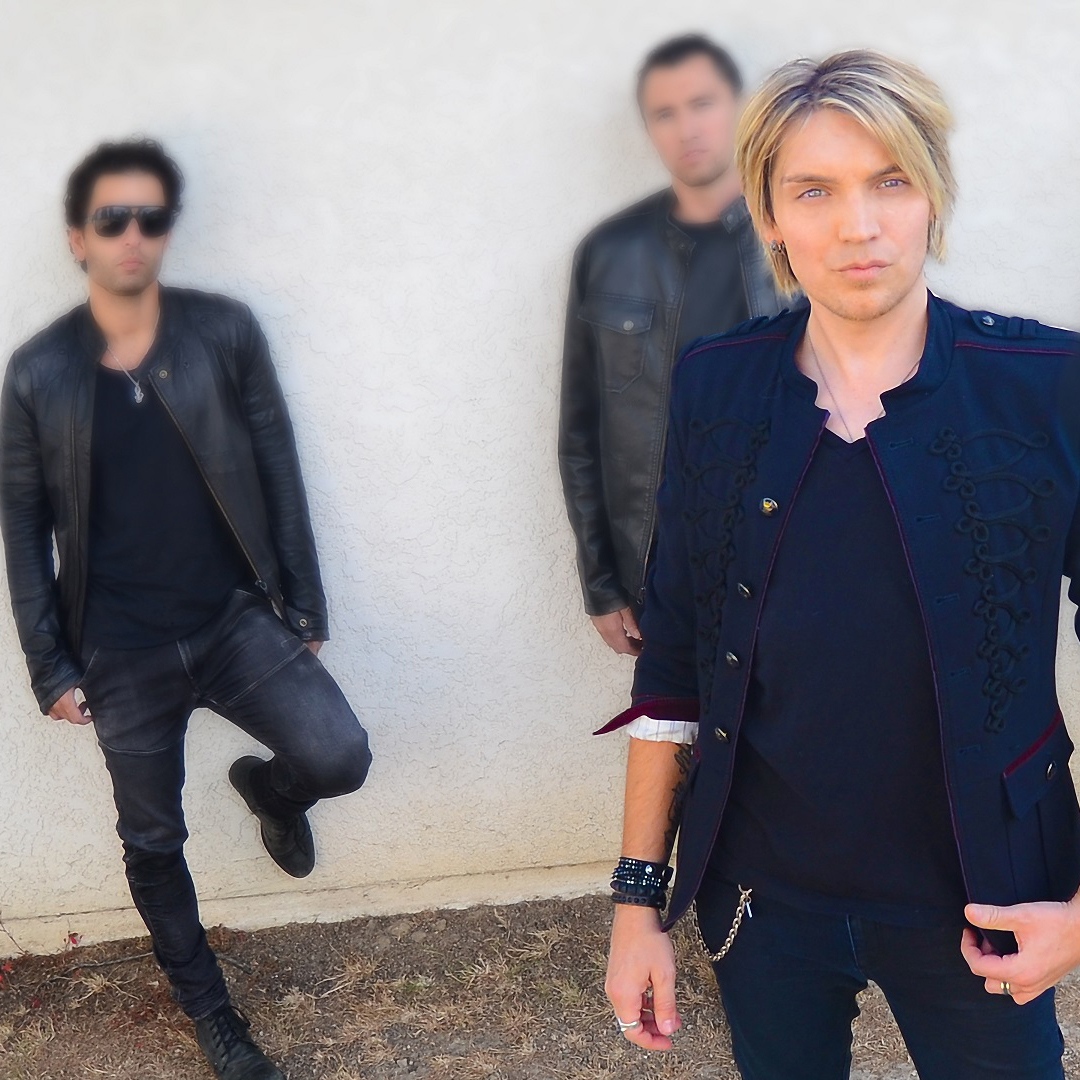 The inspiring sound of Alex Band’s powerful, emotionally charged voice is immediately recognizable to millions of music lovers, thanks to modern-day classics like “Adrienne,” “Our Lives” and the chart-topping hit “Wherever You Will Go,” which Billboard recently named the #1 Adult Pop Song of the Decade. And though We’ve All Been There, Band’s solo debut (released June 29 on his own AMB label through EMI), contains the first new material we’ve heard from the former leader of The Calling in half a decade, “Wherever You Will Go” (which he wrote at 16 and released at 19, remarkably enough) remains a staple of the Adult Pop format, while “Our Lives” is a heavily used bumper on ESPN and other sports programming.

If his fans feel that Band is long overdue for a return to the spotlight, the L.A. native has himself been chafing at the bit to make his return throughout the last five years, which he spent in musical exile. But the time has finally come for that voice to inspire us once again. “I’ve lived with these songs for years,” says Band, “and the whole point is to share them with everybody now.”

Describing the title song, which opens this stunningly widescreen album and sets up its thematic breadth, Band says, “It’s definitely about my own struggle, but I think everyone can relate to what I’ve been through from experiences in their lives. I think everything I’m talking about on the record is pretty universal. And knowing now that I’m writing for different cultures, with fans around the world, it’s important that what I’m writing about is generalized enough that people can take the songs in their own way. ‘We’ve All Been There’ is almost like a mantra—‘Here I am…these scars on my hands…doing what I can’—with this chorus behind me singing, ‘We’ve all been there.’ In a way, I was writing my own therapy.”

The torrid first single, “Tonight,” is now in rotation at Adult Pop radio, where Band remained a core artist during his years of silence. The track has also been used in the CW series The Vampire Diaries and can be heard in the TV campaign for this summer’s World Cup (just as “Our Lives” was played over the closing ceremonies of the 2004 Athens Summer Olympics). The striking video, directed by TV veteran David Barrett (The Vampire Diaries, CSI: NY, NCIS: Los Angeles), working with the production crew from the Twilight series of feature films, features Band doing his own stunts, including jumping—or more accurately flying—off the top of a cliff. Check it out on YouTube. As the video reveals, the song describes a supernatural love story. “I didn’t want to write a conventional love song,” he recalls. “I wanted it to have some weirder meaning—and this was before the resurgence of the vampire love story, but I’d just seen the movie Underworld, and I thought it would be cool and different to write about a vampire trying to win over this girl and to be able to have her for one night. So that led to lines like, ‘Let the music take us over/We’ll fall into forever, all is right/’Cause I got you where I want you/Tonight.’”

At its heart, though, We’ve All Been There charts the course of a distinctly human romantic relationship, from its first stirrings to its final moments. “A lot of these songs are drawn from personal experiences,” Band confirms. “I got married at the beginning of this process and got divorced at the end of the record. ‘Love’ was written in the early stages of that relationship, when my ex-wife was going through medical problems, which we dealt with throughout the years. And ‘Leave (Today Is the Day)’ was the last song I added to the record, after we’d gotten divorced. So a bunch of these songs are extemely personal.”

His then-wife’s illness led to the critical need for a liver transplant, which she had to forgo due to the waiting list. The experience inspired Band to devote his time and energies to the Donate Life organization, which is dedicated to building organ-donor awareness.

Band’s creative mechanism was also triggered by “what I’ve seen friends and family going through, and I’ve been hugely influenced by what’s happening in the world. And music, of course—I don’t think anyone can listen to my records and not realize I’m a huge fan of U2. I get massive inspiration from going to shows by some of my favorite bands like U2 and Coldplay. But the biggest inspiration for this record was what I went through—the frustration of it all and trying to stay positive. But it resulted in some good songs, at least.”

The title song’s companion piece is the culminating “Start Over Again.” “As soon as we wrote that one, I knew it had to be the last track,” says Band. “It goes into a jam-out section, with a choir of my overdubbed voice singing, ‘After all you’ve done/You thought there’d be someone/To give you everything you want’—that thought of, ‘Haven’t I done enough?’ But sometimes you don’t get what you want, and you have to accept that and start over again. It was a sort of epiphany, writing that song. So it seemed like the perfect epic song to end the album with.”

So where’s he been all this time? “After the second album,” Band recalls, “my partner in The Calling, Aaron Kamin, wanted to do other things, and since I was already pretty much doing everything on my own, I decided to become a solo artist.” But when the powers that be at RCA insisted that he do a “supergroup” album project, Band sought and got his release, signing with Geffen soon thereafter.

Thus began an elongated project that would span nearly two years, eventually encompassing no less than five co-producers, primarily including the veteran John Fields (Switchfoot), up-and-comer Daniel Damico and engineer Tal Herzberg, with Chuck Reed helming two tracks and Matt Serletic one. Playing alongside Band, who plays guitars and several of the basslines, were some of the best musicians on the planet, including drummers Abe Laboriel Jr., Dorian Crozier and Kenny Aronoff, keyboard player Jamie Muhoberac and guitarist Tim Pierce. The renowned Paul Buckmaster (Elton John’s ’70s classics) contributed string arrangements to several tracks, while the in-demand Chris Lord-Alge mixed the album, as he’d done with The Calling. Loaded with potential hits—and strikingly cohesive despite its diverse origins—the album was completed in 2007.

Later that year, Geffen went through a reorganization, putting the album in limbo. “At the same time, Stu Sobol, my manager for 10 years passed away, which was incredibly sad,” Alex explains. “So, between Geffen going through major changes and Stu passing away, I realized then that I had to make a serious leap of faith and believe in myself. I decided that, if I’m gonna fail, I’d rather fail doing what I want to do.”

Band spent a year in negotiations and a sizable amount of his own money to buy back the album master—so you might say he’s financially as well as emotionally invested in this music. He’s spent the last year creating his label, surrounding himself with a top-flight team and partnering with EMI, which is distributing the album in the States and releasing it outright in all other territories. “I’ve finally got creative control, which is the main reason I went through all this,” he says. So now I’m starting completely over as a solo artist and reintroducing myself to the world.”

Louisville-based post grunge rock group Tantric have defined themselves through 6 studio albums as a groove laden, guitar rich rock band with dense vocal harmonies and infectious vocal melodies. Frontman Hugo Ferreira’s unique soulful baritone vocals, ranging from angsty rasps to melodious melancholy are a testament for the signature Tantric sound. Along with the usual intricate guitar work and infectious riffs layered over complex textures has become the hallmark of the Tantric sound.

Tantric has endured for a career of 15 years, and although band has gone through many label and lineup changes over the years, Ferreira has managed to keep the entity that is Tantric alive and well. “I consider Tantric a boat that I float in—it’s a vessel that carries the music. So I never feel restrictions. It doesn’t have any rules. Tantric music can be super-heavy, light–or both It’s really an open book with no ending in sight”, says Ferreira.