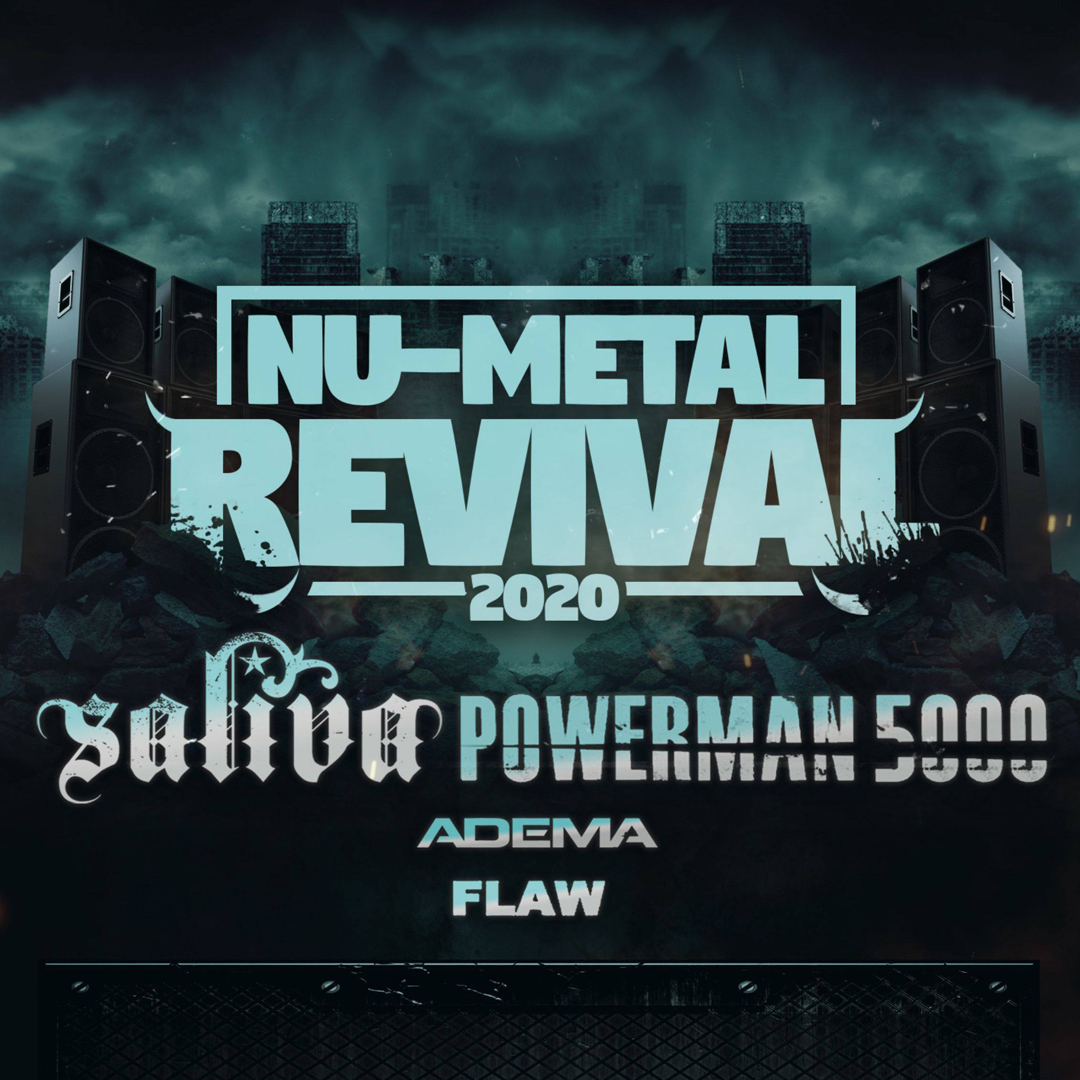 Nu-Metal Revival Tour 2020
Featuring: Saliva, Powerman5000, Adema, Flaw, & Andrew W Boss
Tuesday, February 16th
$22 Presale, $27 Day Of Show
Ages 16+
Doors open at 6:00 pm
at: Buffalo Iron Works
49 Illinois St
Buffalo, NY 14203
Saliva : https://www.saliva.com/
After acquiring front man Bobby Amaru in 2011, Saliva became infused with new blood, energy, and spirit. The same energy launched Saliva’s career in 2001 with the release, Every Six Seconds – a certified Double Platinum-selling album, containing the hits, “Click Click Boom” and 2002 Grammy nominated, “Your Disease.” Saliva’s in-your-face, anthemic writing style continued with a certified Gold-selling album Back in to Your System with hits: “Always,” “Raise Up,” and the Nikki Sixx co-written, “Rest In Pieces.” Saliva has become a unified team that will not be rushed or pushed into deals that are not advantageous toward the growth and expansion of Saliva as a whole. Upon adding former Shinedown and Fuel bassist, Brad Stewart, as a permanent member, Saliva solidified their new lineup consisting of: Wayne Swinny, Paul Crosby, and Amaru.
Powerman5000 : https://www.powerman5000.com/
Powerman 5000 (sometimes abbreviated to PM5K) is an American rock band formed in 1991. Through the span of nearly two decades, the group has released several albums and gained their highest commercial success with 1999’s science fiction themed Tonight the Stars Revolt!. Frontman Spider One is also the younger brother of Rob Zombie, and their styles have often been a source for comparison. Songs like “When Worlds Collide” and “Nobody’s Real” caused them to be known as Industrial/Nu-Metal Hybrid pioneers.
Adema : https://www.facebook.com/officialadema
ADEMA’s chart-topping hits “Giving In” and “Unstable”.put them on the map in the early 2000’s as a rock titan. Adema is a five-piece band from Bakersfield, California currently consisting of lead singer Ryan Shuck (Orgy, Julien-K, Dead By Sunrise), guitarist Tim Fluckey, guitarist Mike Ransom, bassist Dave DeRoo, and drummer Kris Kohls. The band has sold over 1.5 million units worldwide, has 7 music videos, and 4 studio albums.
Flaw : https://flawband.com/
FLAW’s story began with the independent release of home-grown albums American Arrogance (1996), Flaw (1998) and Drama (2000).  It was the songs on these recordings that garnered the attention of Universal Republic Records, who signed the band and released the break-through album Through The Eyes in 2001. The offering topped the Billboard “Heatseekers” chart, largely fueled by the singles “Payback” and “Whole.” FLAW is a band that is re-emerging on the strength of renewed focus and energy, and that energy is captured on the lead single from “Divided We Fall”, a song called “Live and Breathe” that is a vessel of raw human experience and emotion.