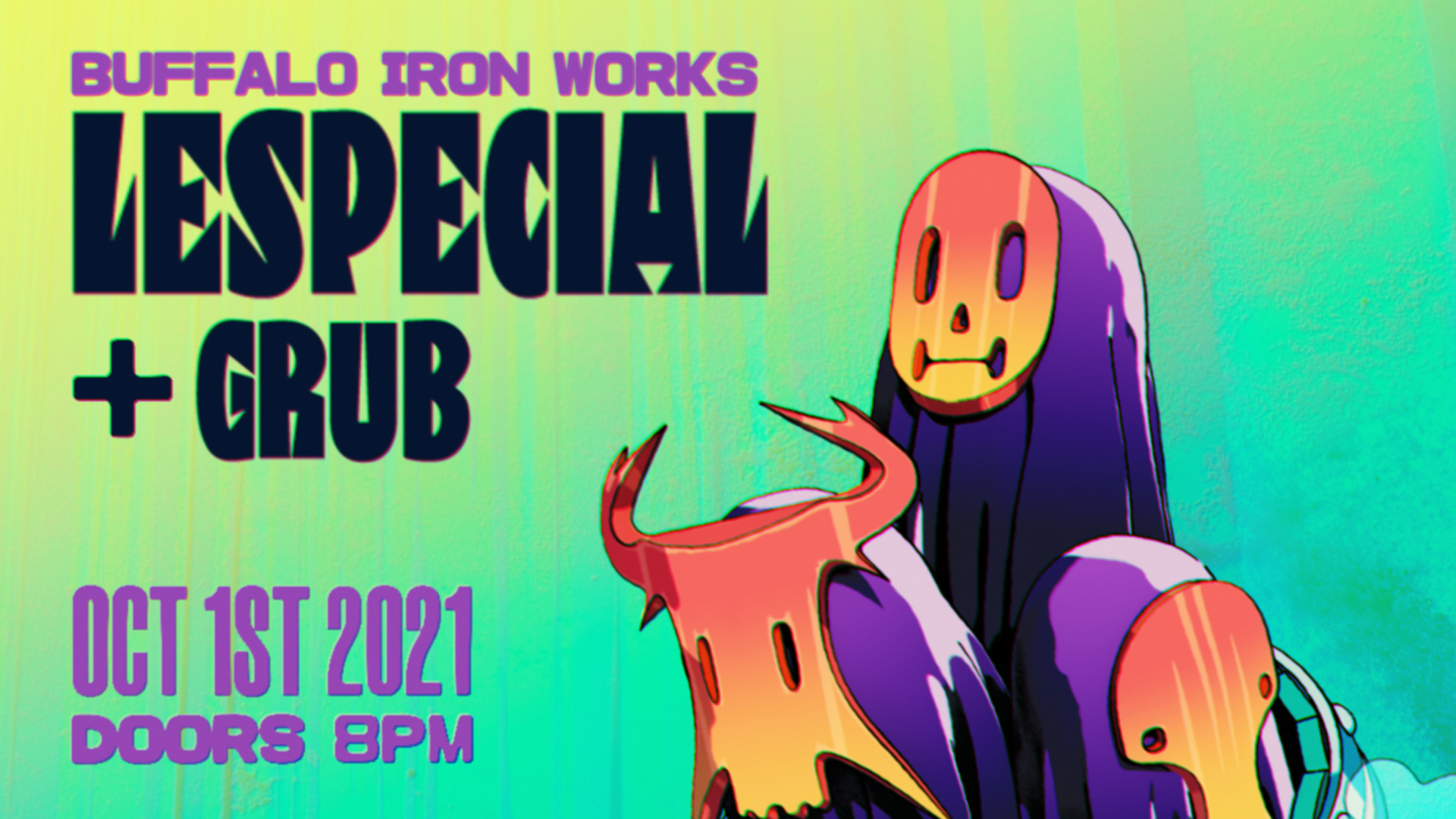 Lespecial
Lespecial carve their own sonic path in modern music, creating their signature blend of “heavy future groove.” The power trio’s fresh synthesis of varied and divergent influences doesn’t underestimate the listener, reflecting a postmodern cultural climate in which fans have space on their aural palette for J Dilla, Radiohead, King Crimson and Fela Kuti.

Veering from hip-hop to metal, prog to house, pensive indie-rock to apocalyptic dub, leaving room for head banging and hip swaying alike, while still presenting a unified sound and vision.

Grub, based out of Niagara Falls, NY, is a true wildcard in today’s music scene. With the intent of drawing in music-lovers of all sorts, the boys continue to push the envelope in modern musical expression.

Their original catalogue can be described as uniquely inventive, adventurous, and welcoming to new listeners. Each song showcases a seamless blend of genres such as funk, psychedelic rock, electronic, hip-hop, metal, and reggae amidst a pop-esque composition, so there are elements on the table for all. A live Grub performance showcases their original tunes as well as their improvisational chops, while captivating the crowd by teasing dancy and nostalgic covers from over the decades.