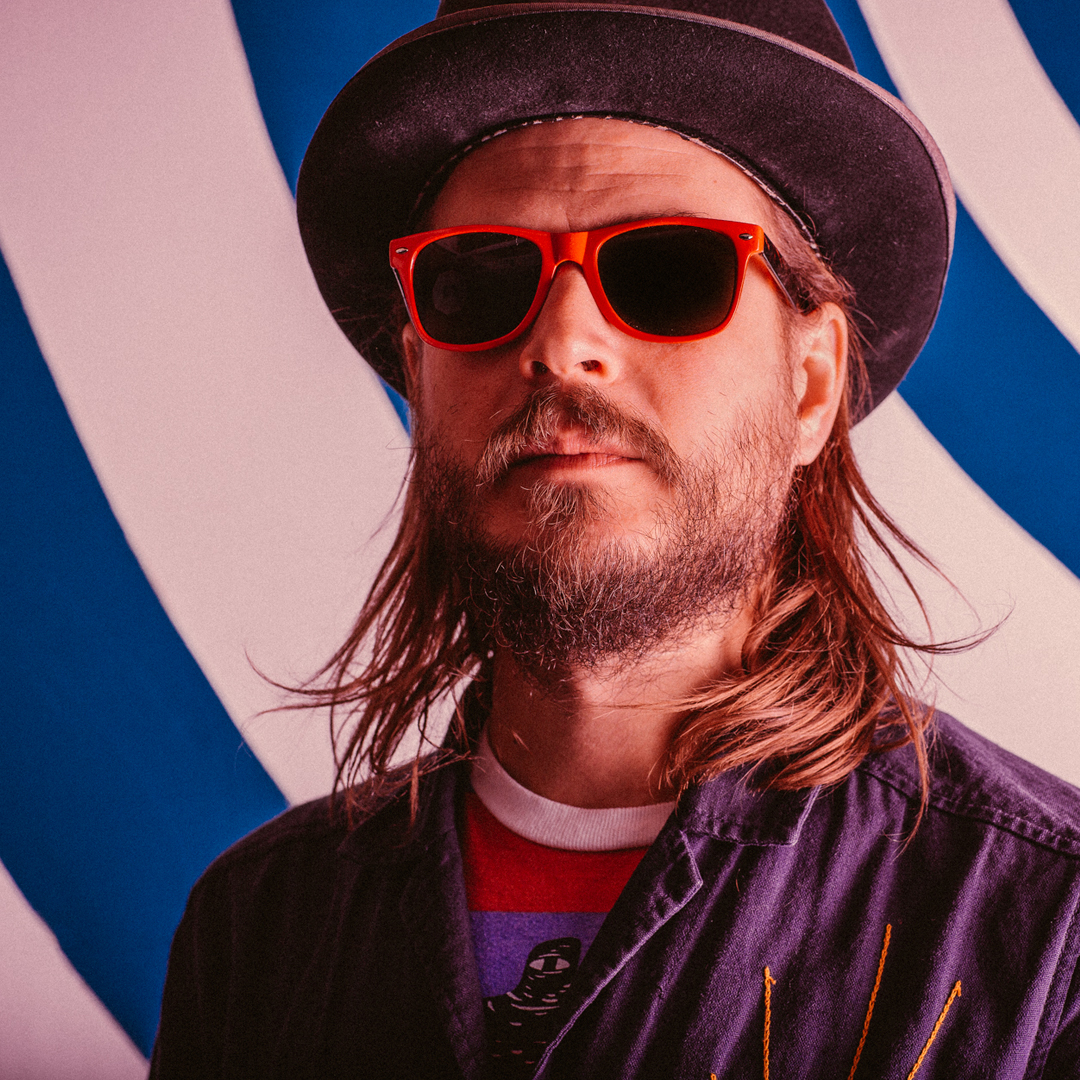 Marco Benevento: It’s impossible not to hear freedom and excitement coursing through the veins of Marco Benevento’s new studio album, ‘Let It Slide.’ Produced by Leon Michels (The Arcs, Lee Fields), the record introduces a gritty, soulful edge to Benevento’s brand of high-octane keyboard wizardry—an uptempo, uplifting sound he playfully describes as “hot dance piano rock.” For all Benevento’s virtuosity on the keys though, the songs here are driven primarily by intoxicating grooves, with spare drums and minimalist bass lines underpinning infectious, intentionally lo-fi vocal hooks. The resulting vibe is a timeless one, filtering elements of vintage R&B and soul through modern indie rock and pop sensibilities and peppering it with the kind of adventurous improvisation that Benevento’s come to be celebrated for worldwide.

Acceptance is a recurring theme on the record, and Benevento’s songs often find themselves recognizing that contentment can come only once you’ve freed yourself from the chains of desire and regret. Upon close listen, one can find Benevento’s own personal philosophies subconsciously bubbling up throughout the songs. “You’ll feel better, I’ll just say / When you finally let it go,” he sings on the funky “Say It’s All The Same,” which features vocal contributions from bandmate Karina Rykman. The hazy “Solid Gold” celebrates the simple joy of being in the moment with someone you love, while the Lennon-esque “Lorraine” (co-written with Simone Felice) grapples with loss and change, and the anthemic “Send It On A Rocket” contemplates loneliness and connection.

Dubbed “one of the most talented keys players of our time” by CBS Radio, Benevento’s released six critically acclaimed solo albums over the last decade, performed everywhere from Carnegie Hall and Newport Jazz to Lollapalooza and Bonnaroo, and worked in the studio and on the road with the likes of Richard Swift (The Shins, The Arcs), Jon Brion (Spoon, Aimee Mann), A.C. Newman (The New Pornographers), and Simone Felice (The Felice Brothers, The Lumineers) among others. “It’s safe to say that no one sees the keyboard quite like Marco Benevento’s genre-blind mashup of indie rock, jazz and skewed improvisation,” the LA Times raved, while NPR said he combines “the thrust of rock, the questing of jazz and the experimental ecstasy of jam,” and Rolling Stone praised “the textures and colors available in his keyboards and arsenal of manipulated pedals and effects,” along with his “deceptively rich, catchy melodies and straight-ahead grooves.”