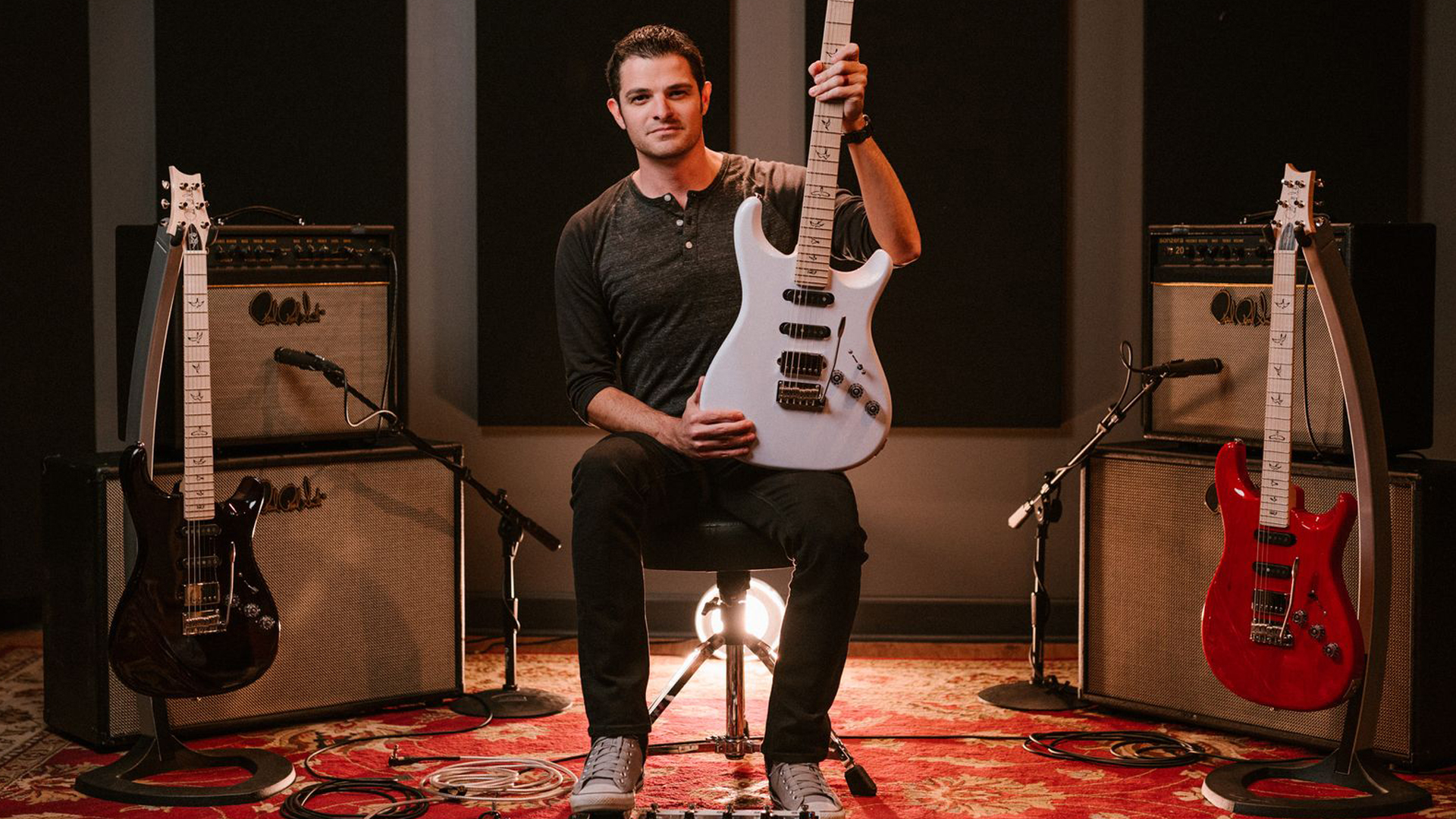 Mark Lettieri is a guitarist, composer, and producer based in Fort Worth, TX. Proficient in a multitude of styles, he records and performs in virtually every genre of popular music with both independent and major label artists. He also composes and produces original instrumental music under his own name.

Born in the San Francisco Bay Area, Lettieri came to Texas via Texas Christian University (TCU), studying advertising and public relations, and competing in track and field. A passionate guitarist since middle school, he began his music career in the Dallas/Fort Worth Metroplex area upon graduating from TCU.

Playing in the vibrant Metroplex gospel and R&B scene led Lettieri to join jazz / world group Snarky Puppy in 2008, where he contributes as guitarist, as well as arranger and composer. The group has earned three GRAMMY Awards: Best R&B Performance for “Something” feat. Lalah Hathaway in 2014, and twice for Best Contemporary Instrumental Album (Sylva in 2016, and Culcha Vulcha in 2017). Snarky Puppy tours constantly, having performed on every continent except Antarctica.

Outside of Snarky Puppy, Lettieri has released six albums as a leader: Knows (2011), Futurefun (2013), Spark and Echo (2016, #2 on iTunes Jazz and #11 on Billboard Jazz) Deep: The Baritone Sessions in (2019, #21 on Billboard Jazz), Things of That Nature (2019, #1 on iTunes Jazz), and most recently, Deep: The Baritone Sessions, Vol. 2 (2021, #2 on iTunes Jazz). Due in large part to Lettieri’s vibrant social media presence, these records have created a sizable buzz among fans of instrumental music worldwide. He performs this music live in a quartet format as the Mark Lettieri Group.

In 2018, Lettieri joined up with Vulpeck-produced group The Fearless Flyers, featuring Cory Wong and Joe Dart of Vulfpeck on guitar and bass respectively, and drummer Nate Smith (Chris Potter, Pat Metheny). The quartet has four releases to date: The Fearless Flyers (2018), The Fearless Flyers II (2019), Tailwinds (2020), and Live at Madison Square Garden (2021).

Lettieri recently teamed up with Paul Reed Smith Guitars to create his signature model electric guitar, the Fiore, released during Winter NAMM 2021. He serves as a demonstrator and clinician on behalf of PRS and other endorsing brands.

He resides with his wife, daughter, and two cats.

• Currently has over 174,000 followers on Instagram, with video posts receiving 40,000+ views on average

• 2020 Grammy win for Best Contemporary Instrumental Album for the album Live At Royal Albert Hall, as a member of Snarky Puppy

• 2017 Grammy win for Best Contemporary Instrumental Album for the album Culcha Vulcha, as a member of Snarky Puppy

• 2016 Grammy win for Best Contemporary Instrumental Album for the album Sylva, as a member of Snarky Puppy

“Now up for his first GRAMMY nomination as a solo artist, this rhythm guitarist has honed his craft to the point where experimentation and creativity have lent to one of the most extraordinary records to date.”
– Daily Rind

“Mark Lettieri, though a young cat, is of a dying breed, a gent whose playing is difficult to pigeonhole, though it shows antecedents in the less known work of some great players…cats like Larry Carlton and Lee Ritenour, also session men and soloists whose least lauded work is their best. Those guys can fuse rock, jazz, and prog like no one’s business when they’ve a mind to, but Lettieri does so with even greater freedom and fluidity.”
– M.S. Tucker, FAME Reviews

“Anyone who hasn’t heard of Texas-based guitarist Mark Lettieri will wonder why upon listening to his debut CD, Knows. A seasoned and versatile session player, Lettieri grew up in California listening to the wide range of iconic bands that emerged from the state during the 1970s, from Steely Dan to Van Halen. Now based in the same Dallas/Fort Worth area that produced Jimmie and Stevie Ray Vaughan, the guitarist fuses all of those influences and beyond into his own unique synthesis.”
– Bill Meredith, Abstract Logix

“It’s a trio-quartet setting and a platform for Lettieri’s good sense and interesting written launching pads.  It’s beyond cliche and it shows you what he’s got, which is some chops but a musical mind that works in ways that make the music worth hearing. It’s not technically astute fireworks in the end. It’s music. Here’s a cat that’s got something really nice going!”
– Gapplegate Guitar and Bass Blog

“You can pick out a lot of influences on this guitar man’s second jazz rocker but what it all comes down to is someone getting his Zappa on. Playing from the heart, this isn’t rip off, tribute or homage, it’s just a cat that wants to shut up and play his guitar before it wants to kill your momma.”
– Chris Spector, Midwest Record

“An impeccable built do-it-all S-style that gets the most out of its HSS pickup configuration via a most-imaginative control circuit, Mark Lettieri’s signature Fiori sees PRS chalk up bolt-on triumph.”
– Review of Mark’s Signature PRS Guitar, MusicRadar