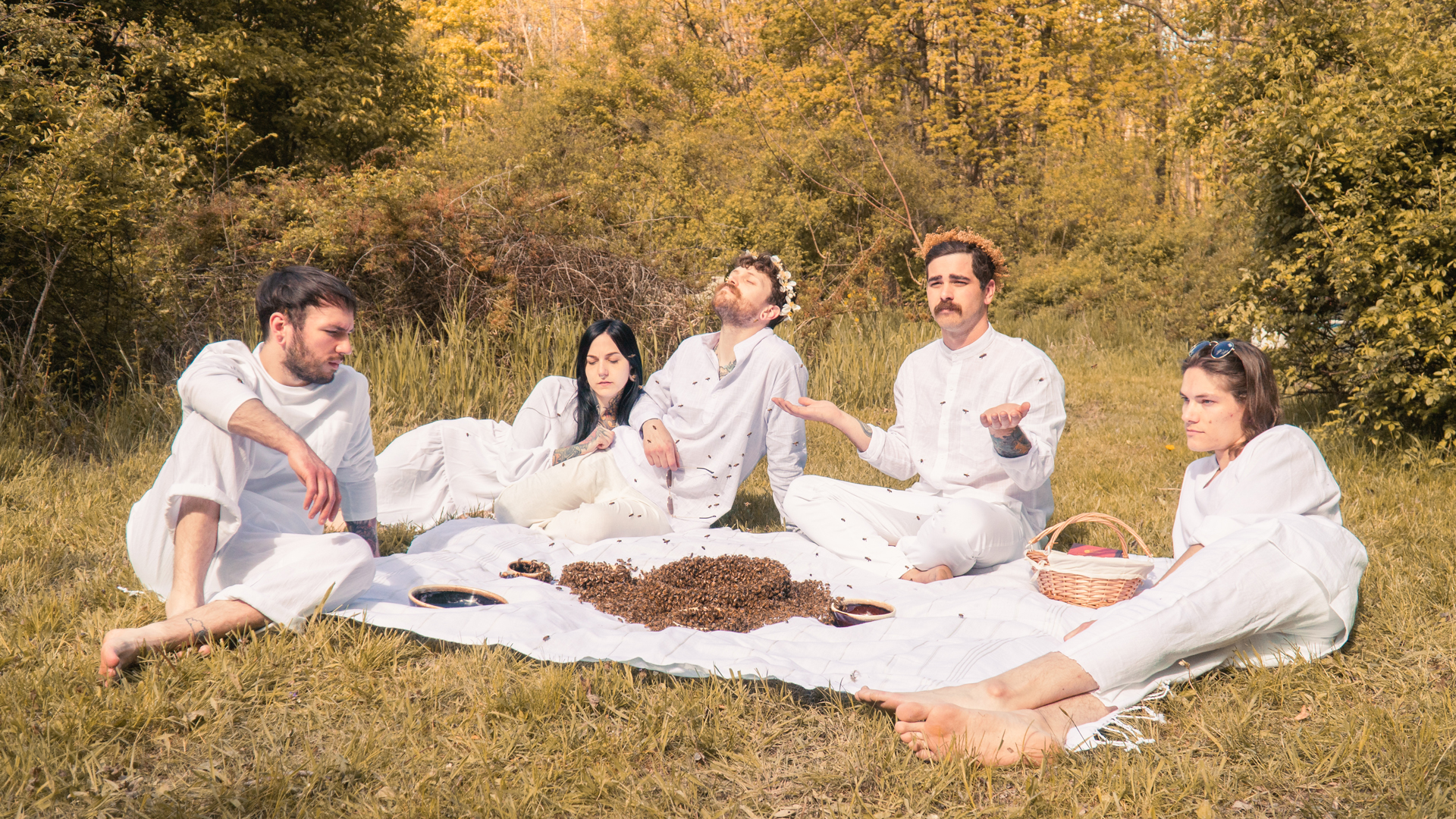 “UPDATE: The Motherfolk w/ Texas King show at Iron Works on January 22nd is being postponed to a later date to be announced soon. Hold on to your tickets and stay tuned for more information regarding the new date soon!”

Serious songs from goofy people. That’s what you can expect from diverse, Midwest indie-rockers, Motherfolk. What started out as a writing project among two college friends turned into a fully realized band untethered to genres, with an endlessly bright future.

Composed of Bobby Paver and Nathan Dickerson on vocals and guitar, bassist Clayton Allender, drummer Ethan Wescott, and Karlie Dickerson on keys Motherfolk are not only bandmates, but best friends. The band’s close-knit relationship allows each member to be their most authentic self, leaving every ounce of their souls to be poured into each song and high-energy performance.

Despite their light-hearted, groovy-rock sound Motherfolk is dedicated to creating a much deeper connection with their fans. They don’t shy away from the taboo, taking on heavy topics with a light heart. The results provide us with music you can dance to, whose impact is felt long after the song has ended.

The band’s quirky friendship and social media posts originally drew fans in, but their connection to the music kept those fans around. Since their formation Motherfolk has been on a steady upward trajectory, amassing well over 5 million Spotify streams on their three studio albums and selling out shows while touring heavily across the United States.

While COVID-19 halted the band’s year of touring plans, Motherfolk spent the year hard at work, creating and self-producing new music and they came out anew. Late summer 2021 will invigorate fans with new singles adorning the most refreshing and versatile Motherfolk sound to date, leading up to a fall EP release. This next chapter is slated to be the most exciting one yet, don’t miss it!

Texas King is Your Ride Home; it’s what you listen to when you get on the bus, when you get off work
and you’re driving home listening to the radio. Texas King are a live band that create a safe space for
everyone to have a good time – a rock band that sweats charisma, the life of the party – but it’s not
about Texas King, they’re not the hero – it’s about the fan – this is about their journey, what Texas King
offer is the soundtrack to finding their way through life, their way home..

Circa 2013; Jordan, Phil, Colin, and Melvin came together in London, Ontario to start putting together
the hooks and high-kicks of what would eventually become their 2017 debut release Circles.
Independently released, the lead single Boomerang quickly became a fan favourite at shows and
debuted on the Canadian rock charts at #14. The band toured relentlessly in 2018/19, criss-crossing the
country opening for bands like The Sheepdogs or with friends in Royal Tusk, dropping into New
York/Los Angeles/Chicago supporting Last Dinosaurs on sold out shows, and eventually finding their
way through America and back across Canada with Big Wreck on a 4-month tour at the end of 2019 – all
culminating with a sold-out hometown headline show to celebrate.

Over that time on the road and into last year the guys shared a series of singles; Greatest Mistake,
Giants, and Chandelier – which followed Boomerang onto the rock radio charts, peaking at #39 and
currently tracking a half a million streams on Spotify.

As we look back at the tread marks on the highway, all roads have led here – where we look out onto the
horizon, the fog of Covid-19 slowly starting to clear, and the band midway through a six song EP titled
Changes with the first single Not Myself having just cracked top thirty at Canadian radio. With the
release date (December 2, 2021) deep in the year – the road ahead to tour and play shows is being paved
– the map remains the same, unfolding along the creases, songs ready to claim their place on your
playlist, on the radio, Texas King is what you listen to, to get you where you need to go.