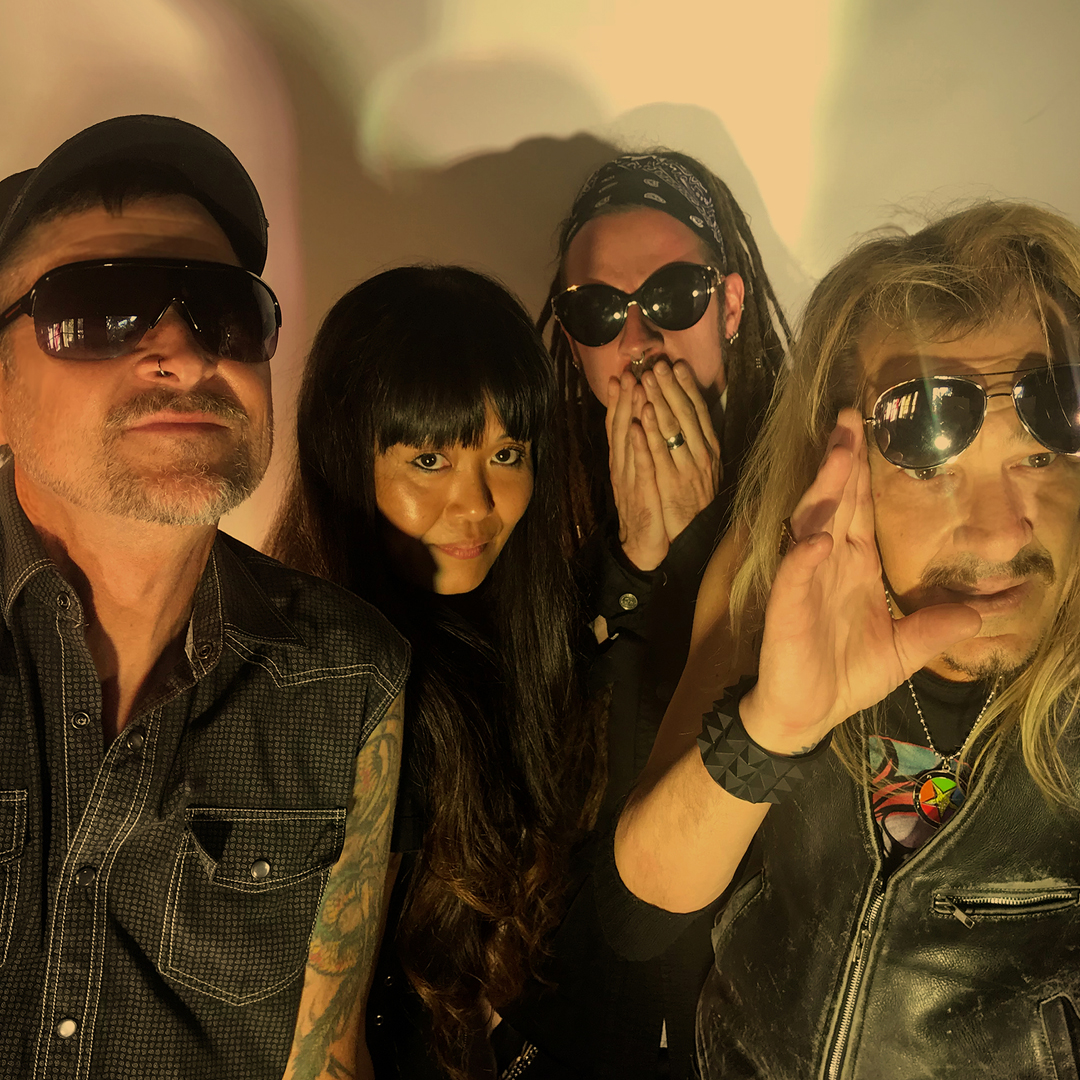 My Life With The Thrill Kill Kult: Hailing from Chicago’s renowned Wax Trax! Records stable of recording artists, My Life With The Thrill Kill Kult have been conjuring up sonic tales of sex, blasphemy and kitschy horror since 1987. Along with label mates such as Front 242, Ministry and KMFDM, Thrill Kill Kult helped develop the industrial music genre, but they themselves continued to evolve, creating one of the most diverse repertoires in modern day music. Their sound can be described as electronic rock, heavily influenced by both disco and funk, yet touches of lounge, jazz and experimental can also be found. One of their most distinctive characteristics is the use of spoken samples lifted from B-movies laced within their songs. Since debuting, they have released 14 studio albums, and their music has been featured in a variety of films, television/cable shows and soundtracks. Their live performances sizzle with sleaze and infectious grooves. Melody Maker once described it as “A red hot cabaret from Hell”.

Artist Franke Nardiello and musician Marston Daley, two Chicago neighbors who enjoyed eating late night binges watching foreign horror flicks on vhs rented from the corner liquor store, began conspiring to make a trashy B movie (in the style of Russ Meyer and John Waters) to be called My Life With The Thrill Kill Kult. While the film itself never came to fruition, they also wrote an EP’s worth of music for the soundtrack. Both worked at Wax Trax! Records in Chicago, and when the label heard the tracks, they were intrigued and eager to release it.

The duo took the title of the film as the name for their band, and after the EP sold surprisingly well, they decided to focus on the group full time. Taking the stage names Groovie Mann (Nardiello) and Buzz McCoy (Daley), they worked on creating an occult-biker meets disco-rock influence look for the project, which included a bevy of voluptuous back-up singers and dancers known as the Bomb Gang Girlz. This attracted the attention of indie fans and the ire of religious groups in practically equal measure. They released their first album I See Good Spirits And I See Bad Spirits in 1988 followed up by the hard-hitting dance floor classic Kooler Than Jesus in 1989. By the time they released their second album, Confessions Of A Knife (1990), they were far and away one of the biggest selling acts on the label.

In 1991, the band embarked on the decadent Sexplosion! tour, titled after their third album. The tour was a success and the record sold so well that they signed a deal with Interscope Records shortly afterwards, and the single “Sex On Wheelz” became a sizeable radio hit. Hollywood also embraced the group, recognizing the unique cinematic aspect of their music. The band’s music has appeared in a slew of films and tv/cable shows including, director Ralph Bakshi’s ‘Cool World”, Paul Verhoven’s saucy “Showgirls”, MTV’s “Beavis And Butthead”, The Flintstones Movie, and the cult classic “The Crow”, in which they make a cameo appearance performing the song “After The Flesh”. More recently TKK was written into the story line of the 2013 film “Sexy Evil Genius” starring Seth Green and Katie Sackoff.

Thrill Kill Kult continue to release new material via their own SleazeBox Records label (sleazebox.com) and tour extensively with a rotating cast of musicians and dubious characters, however the core of the project has always been Nardiello and Daley, both on record and in the live act. To this day, TKK remain of the most innovative, experimental and controversial cult bands of their generation.