No Quarter – A Tribute To The Led Zeppelin Legacy 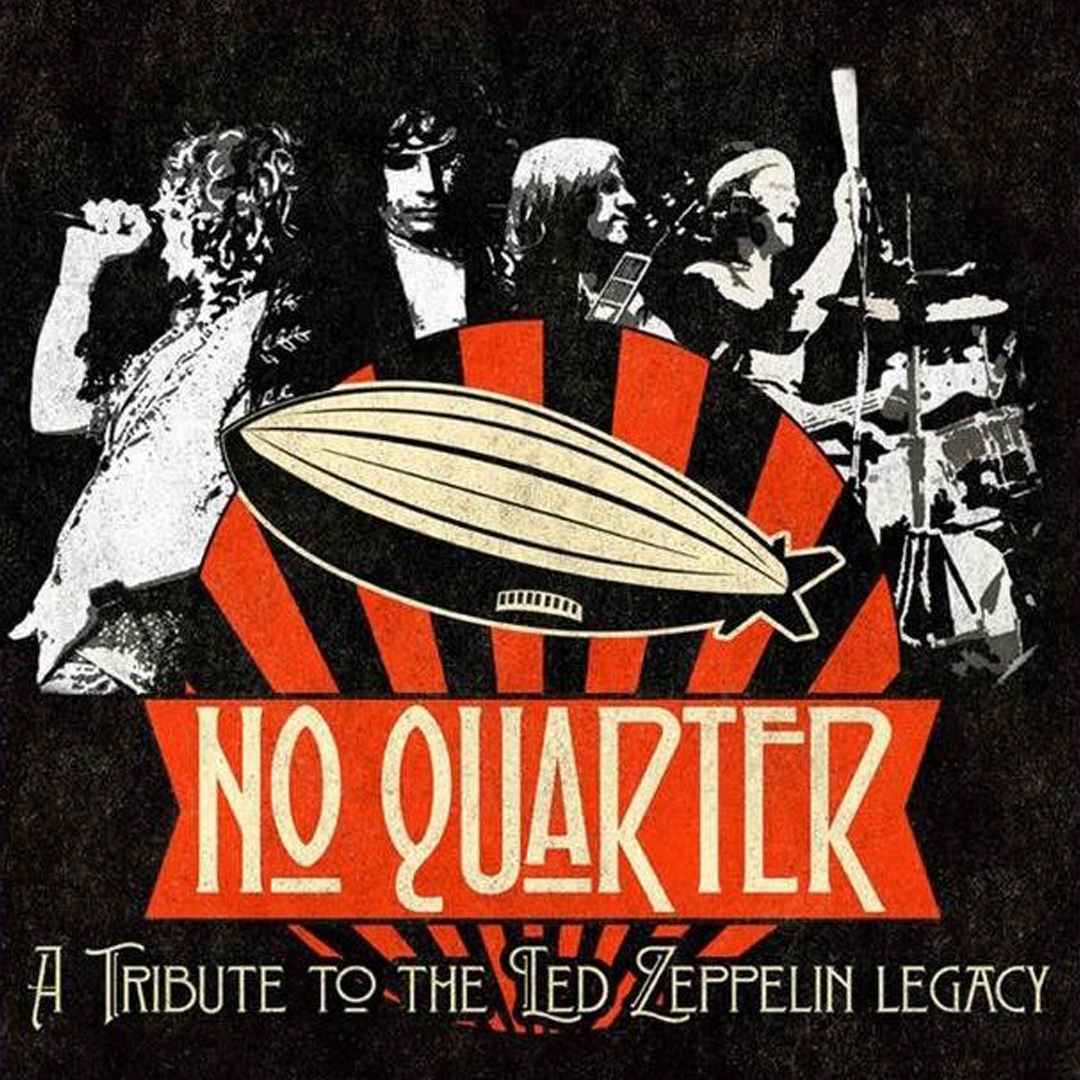 No Quarter – A Tribute to Led Zeppelin:For over 15 years No Quarter (a tribute to the Led Zeppelin legacy) has been pounding the Hammer of the Gods to Led Zeppelin Fans both nationally and internationally.  This authentic Live Concert reproduction  goes far beyond any group of musicians covering the same tunes you’ve heard on the radio for over 4 decades. Any musician can learn a song note for note. However, to do a full tribute with all of the subtle nuances and authentic look and sound and mannerisms  is comparable to an actor preparing for a character in a film. In this case the characters are members of the Legendary British Supergroup.   No Quarter captures the  characters of John Bonham, John Paul Jones, Jimmy Page and Robert Plant and brings each individual  member to the stage in their absolute Prime.  Die Hard Zeppelin Fans and Rockstars they’ve shared the stage with  have sworn they were watching the real group live.  Hence the word being spread that No Quarter is “The Real Deal” when it comes to Led Zeppelin tributes.

Even Led Zeppelin’s bassist John Paul Jones said after meeting Chad McMurray (Jones for No Quarter), and signing a concert photo over his character commented,  “That’s scary”, looking at the likeness of each character. “As long as you’re doing it, means we don’t have to.”

No Quarter has been privileged to share the stage with Legendary Artists such as Peter Frampton, Foreigner, Molly Hatchet, Kansas, Steppenwolf, Nazareth, Tesla, Warrant, Jefferson Starship ,Eric Burden and the Animals, Eddie Money and many others.

No Quarter is bringing back the magic of a True Led Zeppelin Concert to fans all over the world and the response has been overwhelming.  If you’ve never seen the real Led Zeppelin in concert, or if you have and want to relive the magic,  No Quarter is as close as it gets to capturing the  Iconic British Rock Group Live. Their growing  ocean of fans will agree.