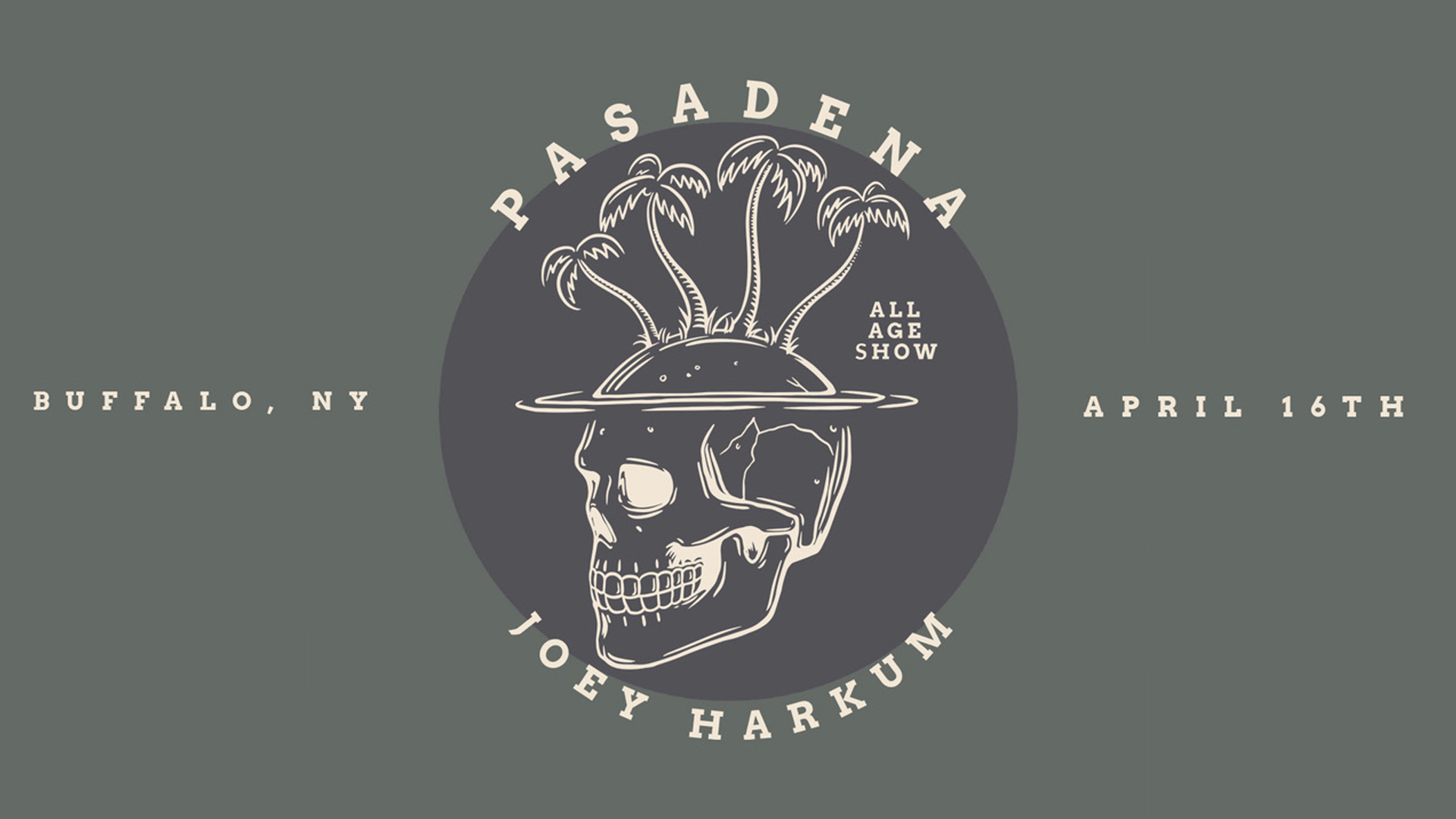 Pasadena
Pasadena was founded in 2000 by Joey Harkum on acoustic guitar and vocals, Aaron Hooper on bass, Will Finley on lead guitar and Ben Cowdery on drums. The band started out as a group of three friends from Pasadena, MD – Joey Harkum, Will Finley and Aaron Hooper. “We were too young to get into open mics, so we repeatedly sneaked in and performed anyway in and around our hometown. Eventually the three of us began to be referred to as “the boys from Pasadena,” and the band name “Pasadena” was born.”

The band is known as an “originalist” in a business that loves cover songs, they only perform their own work. Describing them can be a challenge. A mixture of “singer/songwriter driven rock, reggae and ska” does a good job of covering most of what they produce when together but really just begins to scratch the surface. The band built up a strong following in their hometown and throughout the U.S., connecting with audiences through original music marked by smooth bass lines, personal lyrics, infectious rhythms and lush harmonies.

However, in 2017 after relentless touring across the US, the band decided to hang it up. Inevitably the retirement was short lived as they decided to play again with a reunion show to a sold out crowd at Baltimore Soundstage show in August of 2019 and the itch to start playing again started. The band is currently still only playing sparingly but enough to keep their fans happy and wanting more. If you see them coming to your town make sure you don’t miss it because it might just be your last chance.

For his entire life Joey Harkum has been strumming a guitar and after a decade of touring as the lead singer and songwriter of Baltimore-based band Pasadena, he released his debut solo album, Love and Labor, to critical acclaim in 2016.  Known for his deep and poignant lyrics telling stories of joy, love, loss and sadness, Joey brings the human experience to life through his relentless tour schedule that culminated in the release of Live at Buffalo Iron Works in 2018. 2020 brought new challenges but Joey has responded with writing and recording new music and has released his brand new album “Storyboard” in March of 2021. Catch him on tour now or online at joeyharkummusic.com.

*Pasadena family. Despite our best efforts to pull off our New Years Eve show, we have had a positive COVID test within our group and have no choice but to Reschedule the Buffalo Iron Works show. We are so disappointed and feel terrible for those planning on being at the show. We do however have a special rescheduled date to announce which will be **Sat April 16th** AND we’ll be having a very special opening set from Joey Harkum Band! Anyone who has purchased tickets for the NYE show can request a refund at the point of purchase or hold on to your NYE ticket which will be valid for the April 16th show. We hope everyone stays safe and has a very happy new year.*