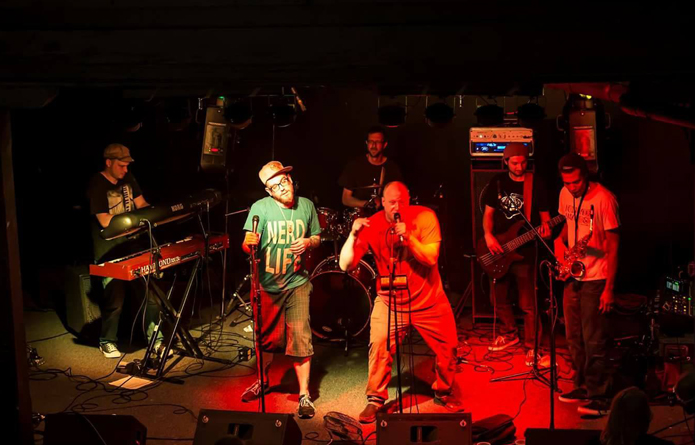 Subsoil is lyric-driven live Hip-Hop music. Known for their high-energy live shows, Subsoil’s performance wields a keen-edge of razor-sharp lyricism, with equal emphasis on tight grooves and furious improvisations within a funky dance aesthetic. These traits have earned the band the award for “Best Live Act” in 2010 from the Rochester NY’s “Insider-Metromix Magazine” and Subsoil has gained a fan base all over the upstate NY region by their relentless touring throughout the years.

What originally began as an inside joke amongst high school friends, unexpectedly morphed into a legitimate hip-hop duo that has now garnered praise from some of the most respected veterans in the game. One day after school, despite never having the urge to pen a verse before, Acumental and Term conspired amongst themselves to poke fun of the prevailing trends. After sharing these ridiculous parodies with their close friends, they were showered with the anticipated laughs, but also received an overwhelming, unexpected response they could have never foreseen: “write more; this is amazing!” Thus, The Palmer Squares were born.