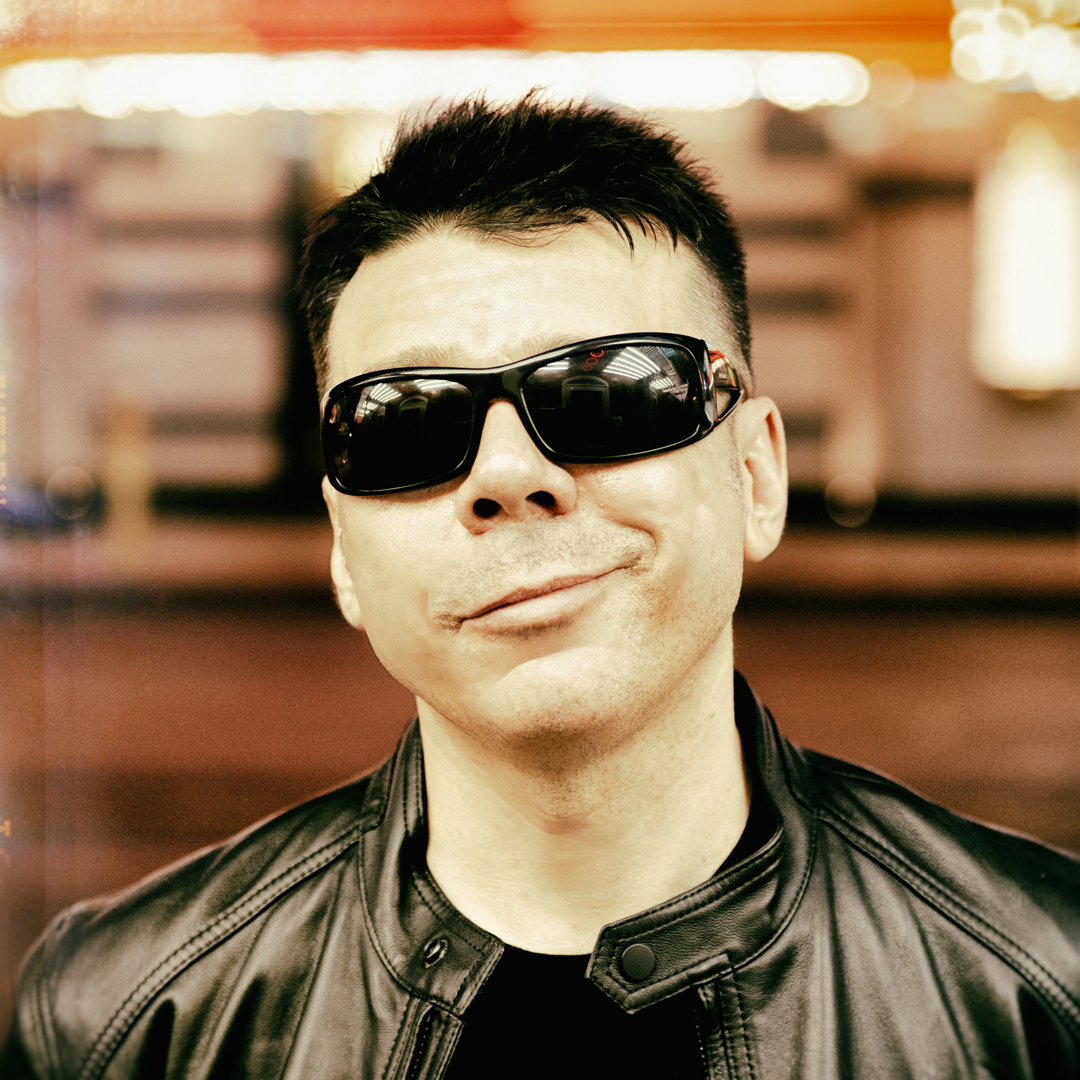 The Crystal Method
A lot can happen in twenty years, especially when it comes to music.

Throughout the past two decades, the musical landscape has continually merged, morphed, and matrixed, fractured in countless directions while intersecting at the most unexpected points. Electronic music underwent a renaissance in the aughts, rising out of the warehouses and blank spaces and overtaking the biggest festival fields in the world. THE CRYSTAL METHOD followed a similar trajectory since their formation in 1993. The Grammy Award®-nominated, platinum-certified trailblazing duo—Ken Jordan and Scott Kirkland—set the stage for the genre-mashing electronic sounds that fuel the current zeitgeist.

Now, their exclusive, limited edition 20th Anniversary Signature Box Set houses this sonic story. Including vinyl of their five full-length studio albums—Vegas [1997], Tweekend [2001], Legion of Boom [2004], Divided By Night [2009], and The Crystal Method [2014]—and an unreleased Rarities collection, it provides a comprehensive glance at their legacy thus far. Most importantly, the process nodded to the group’s diehard audience from the beginning.

“Our fans couldn’t get a lot of our old vinyl,” Ken explains. “We would see copies of Vegas going for hundreds of dollars because they were out-of-print. In the last year, we thought, ‘Why don’t we do a complete box set of all our studio albums?’ Up until Tweekend, we did all of our mixes on digital audio tapes or DATs. We have a big collection of these that are numbered chronologically. While searching for the final “Raraties,” we combed through all of our old DATs. We had forgotten about so many cool tracks and alternate mixes, it was really cool to go back in time.”

“People kept asking us for that early vinyl,” adds Scott. “There’s something romantic about taking a record out of a sleeve, putting the needle down, walking away, and listening to an album. We love the process of writing an entire album. That’s something we want to preserve.”

THE CRYSTAL METHOD limited the box set to just 1,000 copies in order to provide an unrivaled experience for listeners. They remastered each album and printed on high quality vinyl. Vegas and Tweekend boast their iconic and original out-of-production cover design while the album art for Legion of Boom, Divided By Night, and The Crystal Method are limited editions exclusive to this box set. Each box is numbered and autographed and includes original tour stickers and laminated, autographed All Access passes from the Vegas tour.

“Anytime we did a new record, we didn’t want to repeat ourselves,” says Scott. “We wanted to shift things up a little bit. The goal was to sound like us but try different things. We weren’t afraid of working with people who were out of our comfort zone and in other genres. We loved the idea of evolving.”

That shared vision of evolution hatched in the most unlikely of places. Scott and Ken had independently started making music on their own during the early nineties. However, a chance encounter in the break room of a supermarket where they both worked would set them on this course.

“I have no idea why, but Scott brought his drum machine to work,” laughs Ken. “Who does that?”

“There was nothing else to do,” answers Scott. “Ken happened to walk into the room that day, and it was the strangest thing. Neither of us knew we were working on music. By chance, this fortuitous occasion changed everything.”

Their first singles would be released only on vinyl followed by Vegas, which would become certified platinum by the RIAA. In between releasing albums and never-ending tours, the group’s demand amplified within the film and television worlds. They delivered the smash “(Can’t You) Trip Like I Do” with Filter’s Richard Patrick for the gold-selling Spawn soundtrack, wrote the theme song for Bones, scored the indie film “London” and also scored the J.J. Abrams-produced Almost Human for Fox. They also scored characters for The League of Legends video game, and contributed music to everything from Real Steel to Fast & Furious 6, along the way working with Danny Elfman, Tom Morello, LeAnn Rimes, Scott Weiland, Metric’s Emily Haines, LMFAO, and even film star Milla Jovovich. Legion of Boom notched a 2004 Grammy Award nomination for “Best Dance/Electronic Album”—during the category’s first year. They also received another Grammy nomination for Divided By Night in 2009, while delivering unforgettable sets on the stages of Electric Daisy Carnival, Coachella, Lollapalooza, and HFStival to name a few.

Ultimately, THE CRYSTAL METHOD stand as strong as ever after 20 years.

“Well, we like it when people get goosebumps listening to our records,” Ken leaves off. “We try to make music that invokes not just feelings, but gives you a physical reaction. It’s like a good workout. It can be serious, and it can be uplifting. It’s the whole spectrum.”

“If our music helps listeners get through something, that’s the best thing,” concludes Scott. “Hopefully, this vinyl collection will bring some smiles, memories, and good times back to those who have found something in our music over the years.”

Cheers to the next twenty.