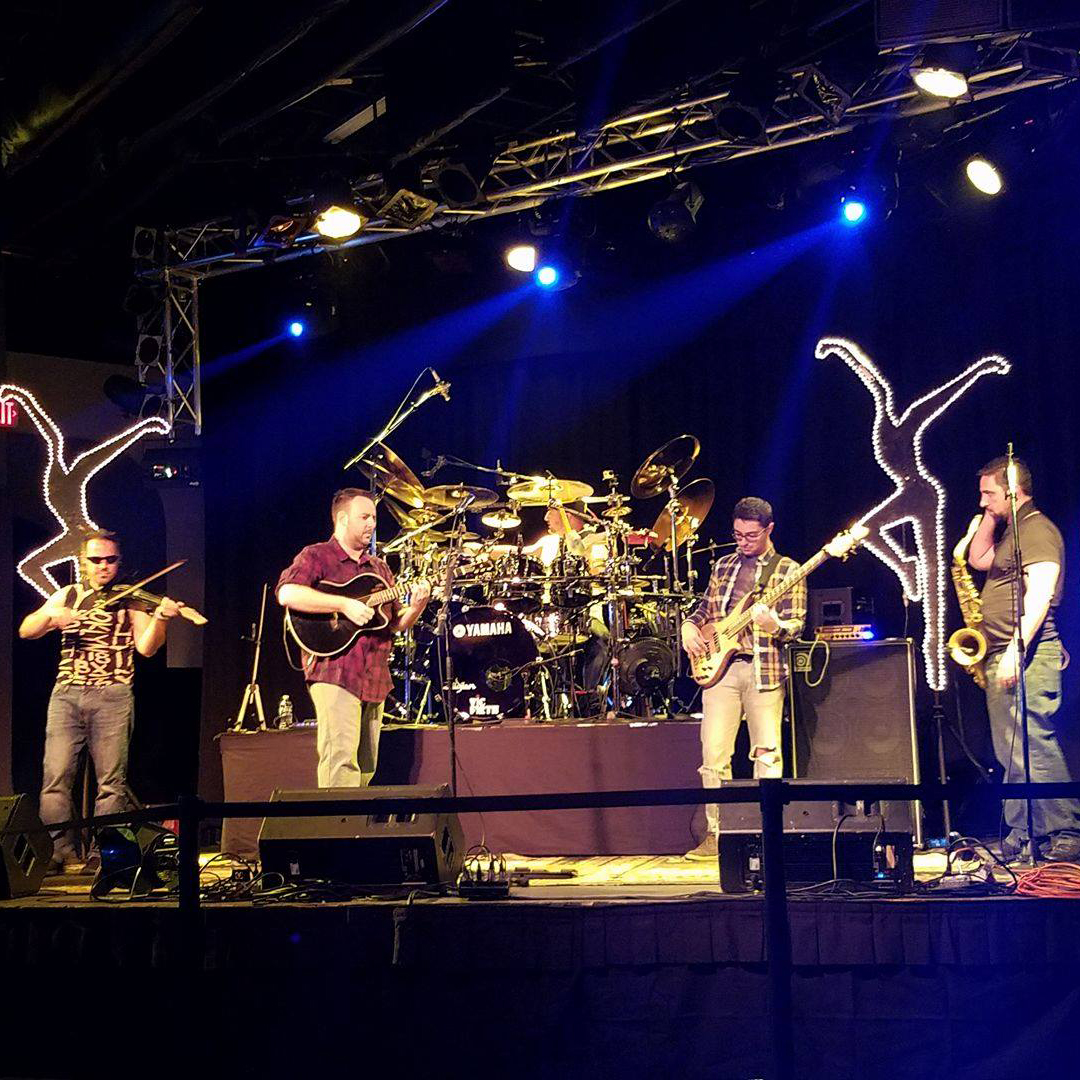 Well after months of searching, The Dreaming Tree was formed in late 2001. “I remember our first show, the owner of a club called Big Shotz in Buffalo, would’nt book us until he heard us in a rehearsal.” said drummer Ryan Puckhaber “I’d imagine for fear that no way could a band pull off such a complex sound. He came down, and I’d like to say the rest was history, but it just wasn’t that easy. We played hundreds and hundreds of shows and our following absolutely exploded. Next thing we know, its 12 years later and they just keep getting bigger and bigger” Recent shows have eclipsed 1000 people in attendance in the Buffalo area . Although the lineup has changed here and there, the band feels they have found the best people for the job. “Playing in this band has enabled me to travel the world playing with different musicians, and I truly feel we have found the absolute best musicians in the country for this band. Sometimes I catch myself on stage watching in awe that I am able to share the stage with such amazing musicians.”

One thing is for sure, if you go to a Dreaming Tree show, close your eyes and listen…you just might think Dave Matthews Band is 20 feet away.