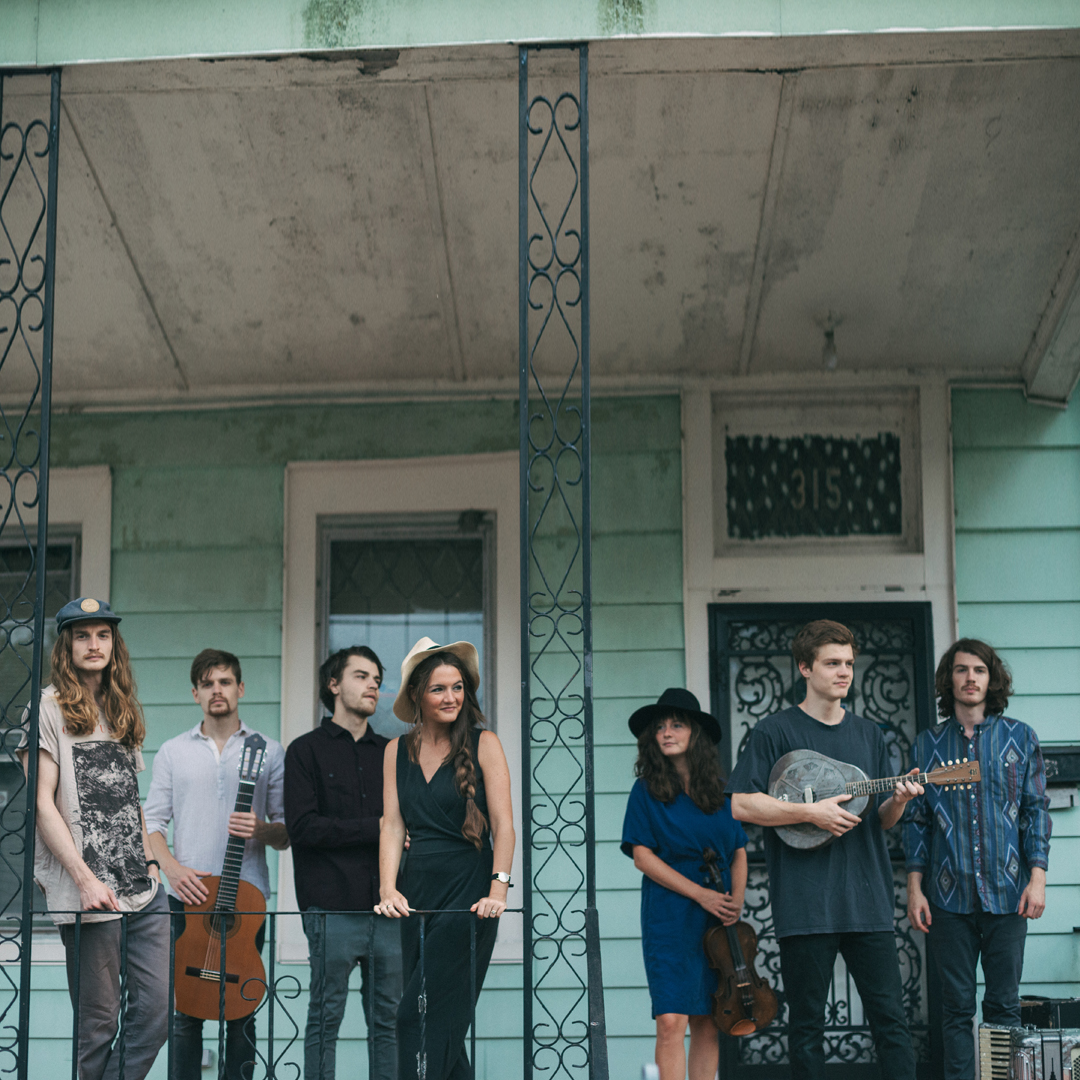 The Hunts: The Hunts are an indie-alternative-folk band comprised of seven brothers and sisters. Born and raised in the south lands of Chesapeake, Virginia, the siblings grew up in a musical home and fell in love with composing their own music. Josh (guitar, lead vocals), Jenni (violin, lead vocals), Jonathan (keys, vocals), Jordan (drums, vocals), Justin (bass, vocals), Jamison (mandolin, vocals) and Jessi (viola, banjo, vocals) pour their blood, sweat and tears into every song and strive to write music that moves hearts with beauty, power and joy.

The Hunts have opened for world renown bands such as The Fray, X-Ambassadors, Judah and the Lion, OAR, etc. and have appeared at world class music festivals and stages including Austin City Limits, Red Rocks, Firefly and Summerfest. Their music has been used for National TV shows & commercials and has over 15 million streams on Spotify. The band’s most recent record Darlin’ Oh Darlin’ was recorded and mixed by Peter Katis (The National, Jonsi, Interpool, Head and the Heart, etc.)

The Hunts have toured the nation for over 10 years and continue to gain a rising following everywhere.

Dawson Hollow: Capturing the earthy sound of their debut record “Boy of My Youth” in the Rockies was only the beginning for Missouri based indie-folk-rock band, Dawson Hollow.

And yes, we’re all siblings.