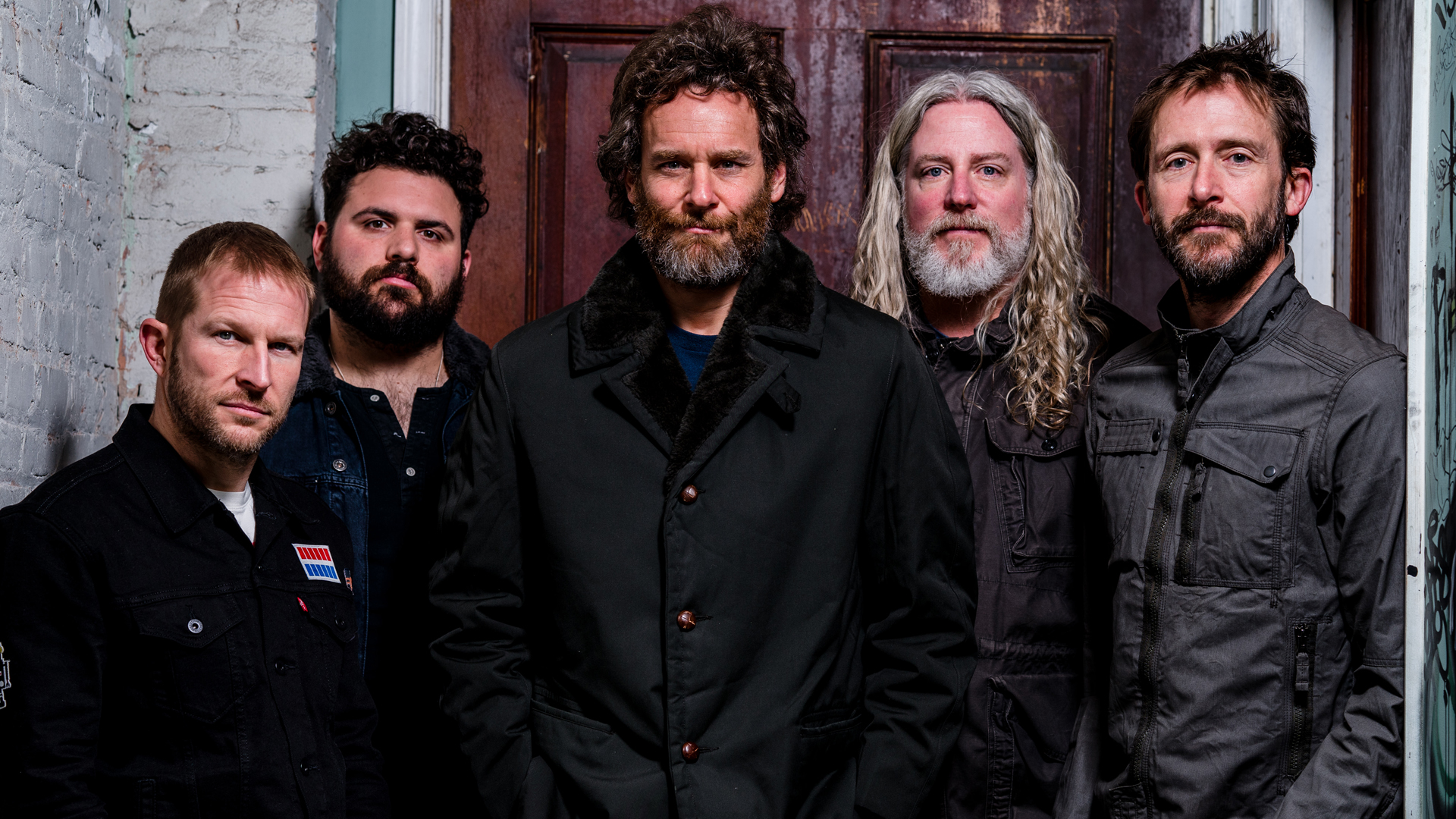 Carbon Leaf is on tour in support of their new release,
Gathering 2: The Hunting Ground.

“We are champing at the bit to perform live again, after
being off the road so much the previous year. The Hunting
Ground Tour is going to be something special to us, to
make an in-person connection again with a live audience,”
says Carbon Leaf lyricist and frontman, Barry Privett.

“We call it ether-electrified porch music,” says Privett,
using a phrase nicked from an earlier album of the same
name when describing the band’s expansive sound.

“It’s the sweet spot between the earnest roots music we
grew up with and the textured electric rock side that gives
us different places to go musically during the course of an
evening.”

Whether they are plugged in to amplifiers or huddled
around a single ‘Grand Ole Opry’ style microphone,
Carbon Leaf radiates a warm, magnetic onstage presence
that pulls the audience closer. Lyrically poetic with a wide
range of musical styles, the band’s live charm is its ability
to make the concert feel as much of an electrifying event as
it would be an intimate gathering of just family and friends.

“Being both a folk band and rock band allows each song to
breathe a little differently and creates an arc that keeps
things interesting for the band and the fans.” Privett said.
Performing live truly is a symbiotic relationship between
the 5 band members and the audience.”

With a history spanning 27 years, 20 albums and 3,000 live
shows, Carbon Leaf’s independent music and spirit
continue to resonate with its fans.

The band spent 5 years establishing their roots in the mid-
Atlantic region, picking up weekend shows where they
could and putting the funds into four self-released albums
between 1995-2000.

In 2001 the band received national attention with their song
“The Boxer” which gained key support at a handful of
AAA radio stations across the country, a unique
accomplishment considering the group was still an
unsigned band at the time with no formal representation.

Carbon Leaf’s momentum continued into 2002, becoming
the first unsigned act to ever win an American Music
Award in the show’s 46-year history, and the first to
perform live at the AMAs to a globally televised audience
as an independent artist.

“It was an intense, surreal couple of years,” Privett said.
“We were ready for a break, but then things started
catching fire. It was a good jolt at the right time.”
Carbon Leaf spent 2003 in the studio writing and recording
their seminal album, Indian Summer, the group’s 5th
independently produced record.

This series of breakouts gained the band some buzz,
attracting the attention of Vanguard Records, who
expressed interest in licensing the new album. In 2004, the
band signed a 3-album recording contract with the
venerable label, ending their 11-year run as a fully
autonomous act, and laying the foundation for Carbon
Leaf’s next chapter.

The band’s new single, “Life Less Ordinary”, received
considerable airplay and reached a broader audience
nationwide, peaking at #5 on AAA radio and #28 at Hot
AC. The increased exposure put the band on the road for
250+ days a year supporting Indian Summer throughout
2004 and 2005.

Two subsequent albums, Love Loss Hope Repeat (2006)
and Nothing Rhymes With Woman (2009), were released
through Vanguard while the band focused heavily on
touring in support of the albums’ singles “Learn To Fly”
and “Miss Hollywood” respectively.

“We survived those early days as an independent band and
gained a healthy perspective on how to adapt between the
highs and lows that define a career artist’s path. Learning to
manage between those wide frequencies is the difference
between resilience and collapsing. What has befallen many
an artist is becoming too top heavy in those dips. You have
to see it coming.”

Missing the autonomous flexibility of those earlier years,
the band decided not to extend its contract for a 4th release
under the label, and as 2009 came to a close, Carbon Leaf
once again embraced it’s independent roots.

Between 2007-2009, the band collected a series of
songwriting awards, including the International
Songwriting Competition’s first prize honor for ‘The War
Was In Color”. In 2010, Universal Studios tapped the band
to write the soundtrack for the animated film, Curious
George 2: Follow That Monkey.

Energized by the renewed freedom, Carbon Leaf built it’s
own recording space, Two-Car Studio, and began writing
and releasing on their own again. The band’s creativity
accelerated in this new environment and 6 independent
projects were released between 2010-2013, including two
EPs (How The West Was vol. One and Christmas Child); a
live album and acoustic concert film (Live, Acoustic…and
in Cinemascope!); two full-length albums (Ghost Dragon
Attacks Castle and Constellation Prize) and the soundtrack
for Universal’s Curious George 2.

From 2014-2016 the band focused their efforts on rerecording
the three albums released through Vanguard,
which hold the rights to those master recordings, but not to
the songs themselves. Fans eagerly supported the three rerecordings,
and with the newly completed versions (Indian
Summer Revisited, Love Loss Hope Repeat Reneaux and
Nothing Rhymes With Woman 16), Carbon Leaf regained
the publishing rights to 100% its song catalogue.

After taking a much-needed break from touring in 2016 to
focus on things back home and in the studio, the band
returned to the road heavily in 2017 behind Gathering Vol.
1, the first of four acoustic EPs released under the
‘Gathering’ banner.

In 2018, the band celebrated its 25th Anniversary with
extensive U.S. touring.

2019 was spent writing and recording songs for a new EP
(Gathering 2: The Hunting Ground) and a 27-song video
project filmed on location at a beach house on the Atlantic
Ocean (Carbon Leaf Cottage: Songs By The Sea).
In 2020, Carbon Leaf announced they have begun writing
songs for a planned full-length album set for a July 2021
release.

“We’ve been gifted an opportunity to write and perform in
front of a live audience,” said Barry Privett, while
reflecting on the band’s 27 years. “We are lucky to have
fans on the other end of that long road, receiving what we
create. Our audience has been what sustains us. And what
compels us forward. It’s not something we take for
granted.”