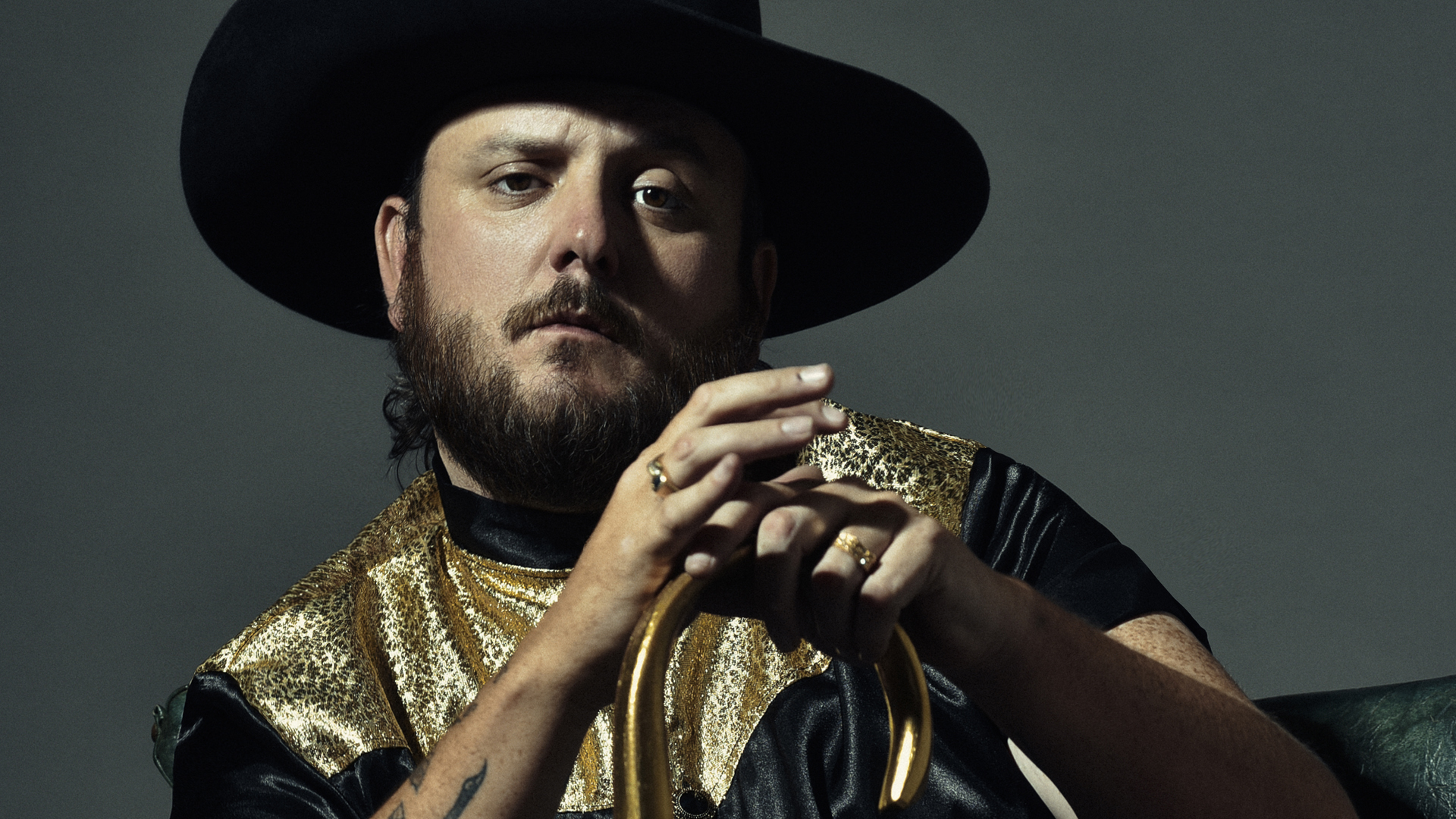 Want to get a bead on Paul Cauthen?
Good freakin’ luck — especially on his third album, COUNTRY COMING DOWN.

Suffice to say that the singer, songwriter and proud son of Tyler, Texas — steward of a rich, resonant,bass-leaning tenor dubbed Big Velvet — covers a lot of ground and embodies a lot of characters. He’ll tellyou right off the bat that he’s “Country As Fuck,” throwing down a wad of “Fuck You Money” andheading into the night to “Cut a Rug.” His “Country Clubbin'” has as much to do with swinging as his swing. But a song or two later dude’s vowing to be loving his wife “Till the Day I Die” and, in COUNTRYCOMING DOWN’s title track, dreams of living in “a cabin in the country, far away from the city lights”where “life is slow and easy.”

The fact that all of that exists within the same guy, who’s full of good humor, sharp wit and a heart as big as his home state is what makes Cauthen someone who’s easy, and exciting, to spend 10 songs with.

“Y’know, you got your bangers and you got your ballads,” Cauthen acknowledges. “You got your meaningful songs where you’re opening up more of your vulnerable side, and then you’re putting on afucking show — all in one album. And it’s all honest, I’ll tell ya that. Everything on there is something I’ve Felt or thought before.”

COUNTRY COMING DOWN has been in motion awhile, actually. The title track, one of several co-writes with good Nashville pal Aaron Raitiere, has been around since before Cauthen’s dark sophomore albumROOM 41. Its sense of campfire calm and “damn near off the map” idyll set a bar, for both music and lifestyle, that Cauthen aspired to, while the rest of the new album, recorded at Modern Electric SoundRecorders in Dallas with regular collaborators Beau Bedford (Texas Gentlemen) and Jason Burt (MedicineMan Revival), shows that Cauthen was able to get there without losing any of the playful “hot dog holly golly dagnabit” good-time spirit that rolls off his tongue like a tumbleweed in the west Texas panhandle.

As he promises in “Country As Fuck,” “I ain’t gotta sell my soul. If I want it then I grab it.”

“I’m having fun,” Cauthen says. “I’ve finally figured it out. I’m more settled and comfortable. I know I’mgood at making records and great at entertaining. That’s my gift more than anything, to be able to get upthere and deliver these songs to people.”

That gift is part of Cauthen’s DNA, of course, from a family deeply steeped in music. Texan on both sides,his paternal grandfather went to school with Hank Williams while his maternal grandpa, who worked with Buddy Holly and the Crickets during his youth, introduced Cauthen to singing. His grandmother taught him to play piano, while his grandfather and great uncle were the song leader and preacher,respectively, of the local Christian Church of Christ.

“Yeah, I had no choice, really” Cauthen says now. “(Music) is what I call my bird dog trait; You don’t have to tell a bird dog to jump in the river and grab the duck and bring it back to you. And you don’t have to tell me to get up on stage and perform. That’s what I’m supposed to do. My family enjoyed watching me perform when I was a kid; I would get up in front of everybody at Christmas with my guitar and play ‘Jackson’ with my grandmother. I learned my trade, y’know?”

Cauthen pursued that trade into young adulthood, showcasing at Cheatham Street Warehouse in SanMarcos and forming the duo Sons of Fathers, whose early albums were produced by Lloyd Maines. After the group ran its course, Cauthen set off on his own in 2016, recording MY GOSPEL partly in MuscleShoals, AL.; The album made Rolling Stone’s list of Top 40 Country Records that year. 2018’s HAVEMERCY EP began his association with Bedford and featured contributions by other members of the TexasGentlemen, and also led to Cauthen’s Grand Ole Opry debut as a solo artist on June 22, 2018.

The critically acclaimed ROOM 41, meanwhile, chronicled and exorcised a rough period in Cauthen’s life,marked by a romantic breakup, substance abuse, depression and anxiety issues. “My growing years were like going to college,” Cauthen confesses. “I just got screwed so many times by so many different people on this whole freakin’ journey. I had this void I was trying to fill in my heart, with booze or any type of,just, abuse. I made every stupid mistake you can make in the business, and in life, in order to learn ’emall.

Marriage helped, he says. So did cleaning house and restructuring the business operation that surrounded him. That allowed Cauthen to plunge into COUNTRY COMING DOWN with a lighter heart and wicked humor — one that allowed him to find the profound meaning in a “schmoozie bougie brouhaha.”

If you want to know what that sounds like, tuck into the album’s sonic array, an austere, sinewy attack that puts Cauthen’s vocals dead center in the ride. “We’ve really unleashed Big Velvet in this situation,which I love,” he says. Nowhere is that more true than “Country As Fuck,” with a taut groove and lopinggait tailor made for a 21st century honky tonk. Cauthen, Bedford and Burt play with that template throughout COUNTRY COMING DOWN, punctuating “Caught Me At a Good Time” with a sharp guitar solo, “High Heels” with a tasteful Wurlitzer break and the satiristic “Country Clubbin'” with a disco beat and chorus of female backing vocals.

But just when you buy in — and happily convert — to Cauthen’s brand of unapologetic hedonism, the soul comes out. “Till The Day I Die” smoothes his raw heart with the promise of true and lasting love, while the stock-taking “Roll On Over” takes a wistful look in his rearview mirror. And “Country Coming Down”realizes a dream of calm — although not exclusive of the next sojourn with “Champagne & a Limo.”

I’m always on a quest, sonically,” Cauthen explains. “I was wanting to go at this just serving the song,more, ‘What does this call for?’ rather than worrying about genre or sonic palette or any certain sound. I had a lot of these songs brewing for a long time, and we just let them grow on their own.”

His muse fully engaged, Cauthen is looking towards doing more of that in the future, with a few conceptual ideas up his sleeve about what he might do next. No matter what direction he takes,however, he won’t be abandoning that cabin in the hills or the “Country Clubbin'” life; Cauthen will just be adding more to the mix he’s stirred together.

“It’s just about looking at yourself in the mirror and knowing that what you’ve done to this day has been in good standing, with good morals and a good compass in life, driven the right way,” he says. “Legacy is

all we have — that, and try to be a good person as well. If you get all that together, then you can dowhatever the fuck you want and it’ll be alright.”