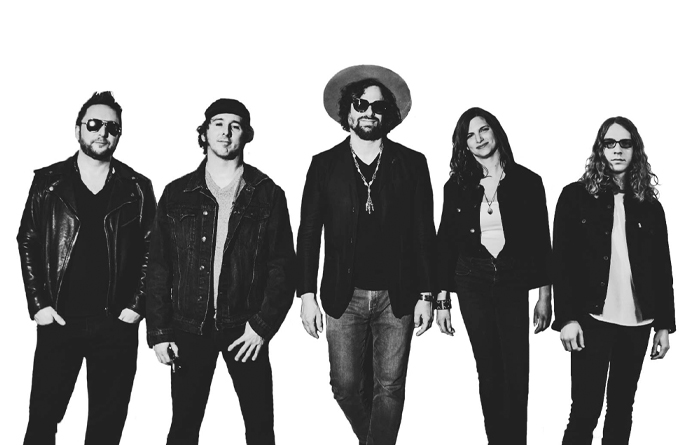 Back in the 90’s, Michael Glabicki had a vision he was driven to pursue. He left college, started a band despite the fact that he had no idea where the journey would deliver him. He spent two years developing this vision while learning the craft of songwriting. That vision grew into Rusted Root, the multiplatinum band out of Pittsburgh, and Michael became one of music’s most unique voices.

While Rusted Root is on hiatus, Michael has been devoting his time to creating an entirely new soundscape. Glabicki’s new solo project is aptly titled, Uprooted. This band promises to bring back parts of the Rusted Root of old, but also include more percussion and female vocals. Collectively, the band hopes that the new material will deliver it to a special place that the fans will appreciate. Michael will continue to play Rusted Root’s entire catalogue with freshly inspired versions, as well as introduce new and exciting music under the moniker of Uprooted.

The Summit is a nationally touring rock band from Cincinnati dedicated to quality song-writing and performing. Put together by former Grooveshire members, Chris Scott and Mike Hennel, The Summit is a rock ‘n’ roll super group exploding with some of the country’s most decorated musicians.

Fresh from both publishing and licensing deals in Nashville, TN and Scott’s collaboration with former Cage the Elephant Guitarist and Talkbox Rodeo producer, Lincoln Parish, the song writing duo made their way back home during the fall of 2015 to begin writing a new batch of tunes with Cincinnati’s own Micah Hoosier and Chris Bentley. The quartet quickly began polishing a whole new flare of soul inspired blues rock tunes with relative ease. “Their sound is very reminiscent of modern day song-writing gurus such as JJ Grey and Amos Lee, but it’s insanely fused with the vintage tones of iconic rock bands such as Led Zeppelin, Humble Pie and The Black Crowes…The Summit is definitely playing outside of their generation, but somehow grab the attention of all generations lucky enough to see and hear them perform!” Philip Ryan Block – Owner, Independent Ear Records