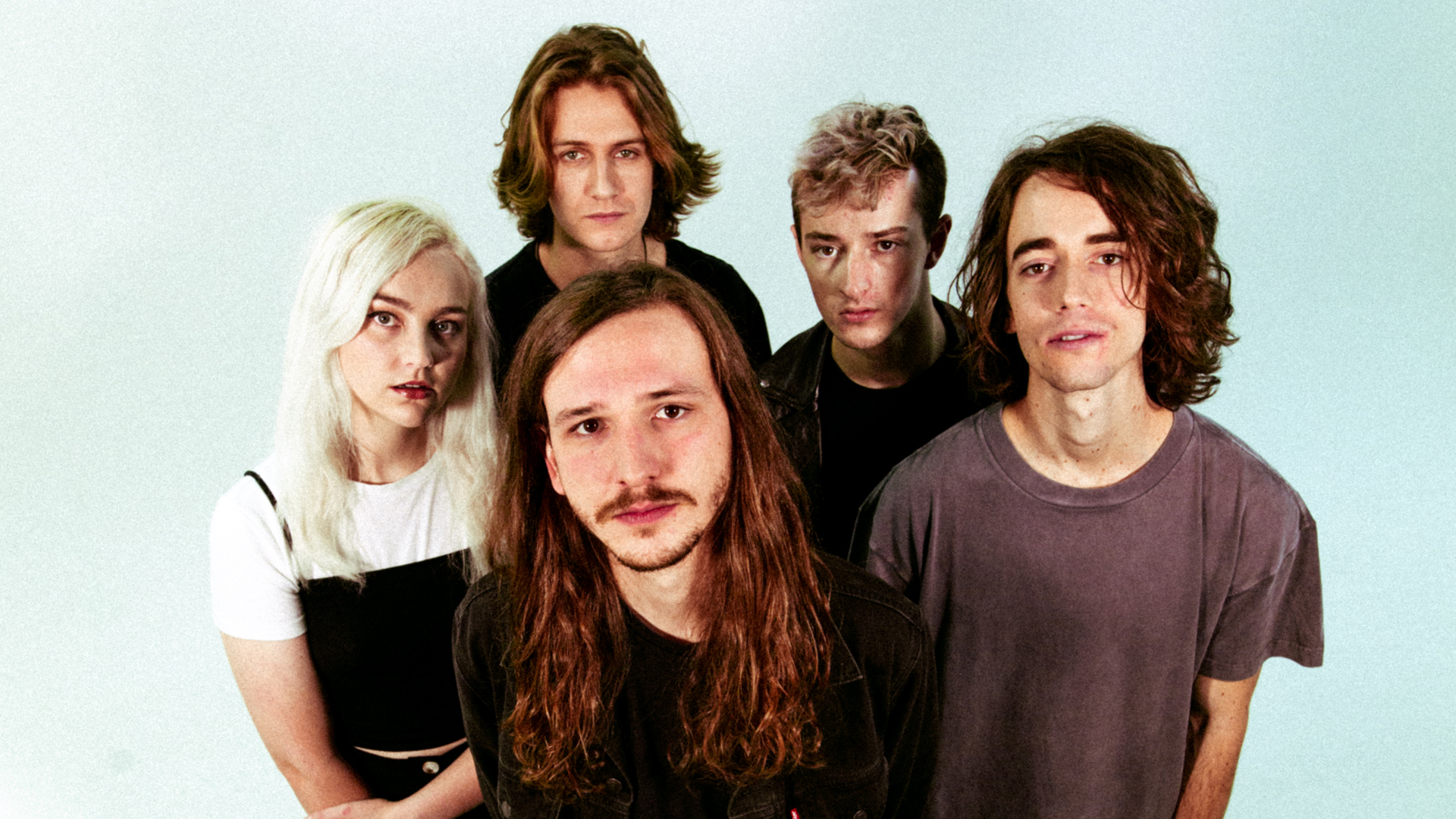 In the time since 2015, flipturn has mushroomed to reaches far beyond the walls of the Fernandina Beach garage they first practiced in. Built up by Dillon Basse (lead vocals/rhythm guitar), Tristan Duncan (lead guitar), Madeline Jarman (bass), Mitch Fountain (synth), and Devon VonBalson (drums), the band is walking proof that the DIY approach is still alive and well in the modern music world. Growing up and maturing as musicians in a way that can only be done by spending years on the road together, flipturn is primed to usher in the era of their debut full-length album.

A flipturn live show is a complete and total release of inhibitions, from the band to the crowd alike. The fever dream energy of their live shows has positioned flipturn as a metaphorical musical sun, holding fans in a trancelike orbit. Basse has a quality to his voice that absolutely ensnares the listener and pulls them deeply into the moment around them. The overall magnetism of the band has allowed them to bring the intimate qualities of their small town roots to a global audience.

Back in 2017, flipturn released their debut EP Heavy Colors, which introduced the world to enduring favorites like “Chicago” and “Vanilla.” The following year saw the release of the Citrona EP and some of the band’s most beloved music to date. Most recently, Something You Needed was released right before the world shut down. During the pandemic, the band released a variety of live performances of fan favorites to keep the feeling of live shows fresh, even from home.

With over 40 million streams on Spotify alone, countless sold out shows across the US, and tours with Mt. Joy, Rainbow Kitten Surprise and Wilderado, the band has a lead foot on the gas pedal. This year, flipturn will be joining the prestigious lineups of Bonnaroo, Shaky Knees, SXSW, Hangout, Sunfest, and Treefort to name a handful. Fans can also look forward to the upcoming release of their debut album in 2022.