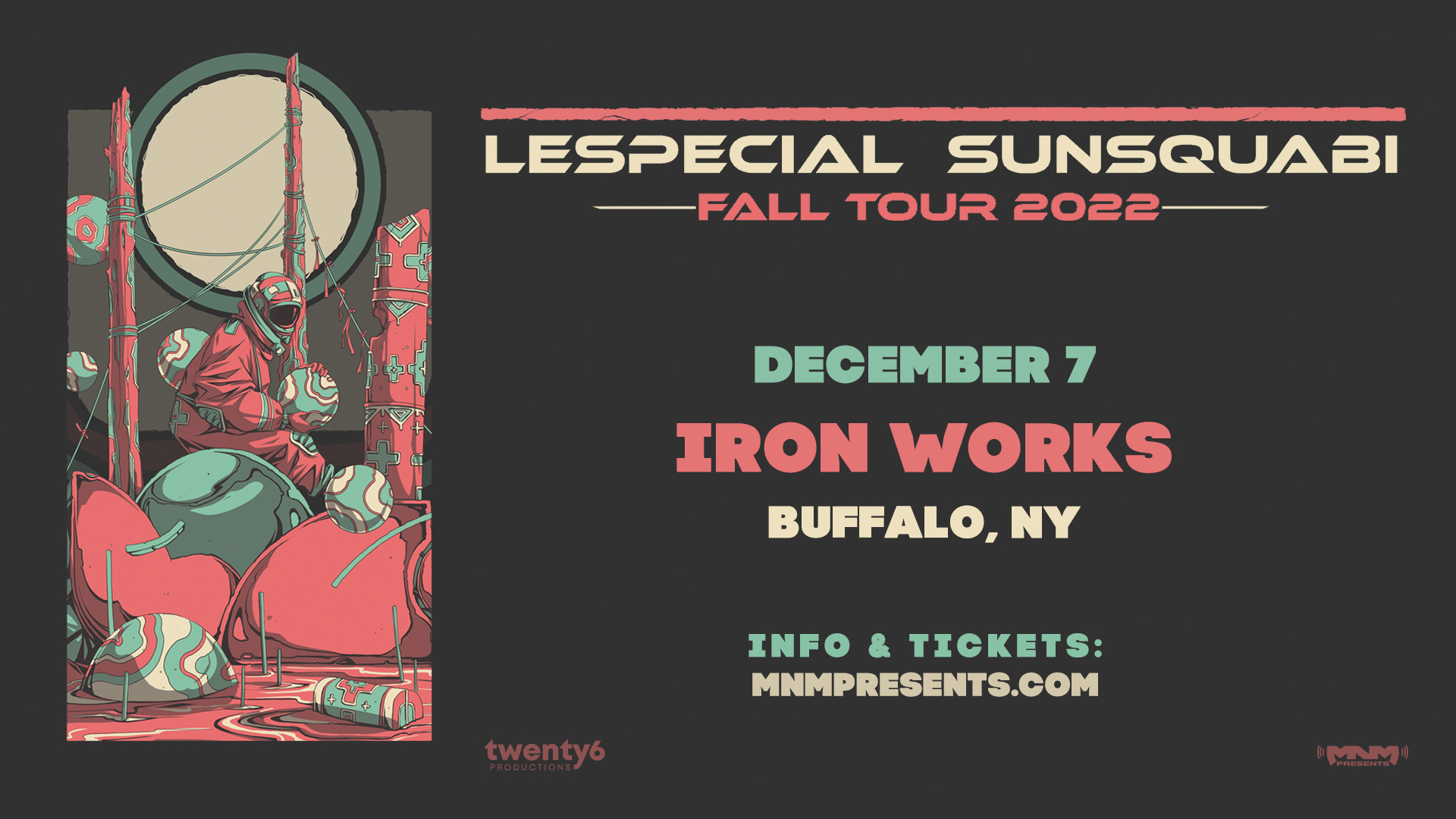 lespecial
lespecial.net
soundcloud.com/lespecial
instagram.com/lespecialmusic
lespecial carve their own sonic path in modern music, creating their signature blend of “heavy future groove.” The power trio’s fresh synthesis of varied and divergent influences doesn’t underestimate the listener, reflecting a post-modern cultural climate in which fans have space on their aural palette for J Dilla, Radiohead, King Crimson and Tool.Veering from hip-hop to metal, prog to house, pensive indie-rock to apocalyptic dub, leaving room for head banging and hip swaying alike, while still presenting a unified sound and vision.

Sunsquabi
sunsquabi.com
instagram.com/sunsquabi
soundcloud.com/sunsquabi
Music brings us to our feet literally, figuratively, and spiritually. It inspires us to rise up to our day’s trials and tribulations, and on a larger scale, the world’s challenges. Through an unspoken sonic communion between three distinct musical identities, SunSquabi—Kevin Donohue [guitar, keys, production], Josh Fairman [bass, synth], and Chris Anderson [drums]—rouse us from inactivity and into action when we need the extra push through their signature live electronica sound. After racking up tens of millions of streams and delivering rapturous performances at legendary venues such as Red Rocks Amphitheatre, they incite personal revolution louder than ever on their third full-length album, Arise, releasing on October 26, 2022.