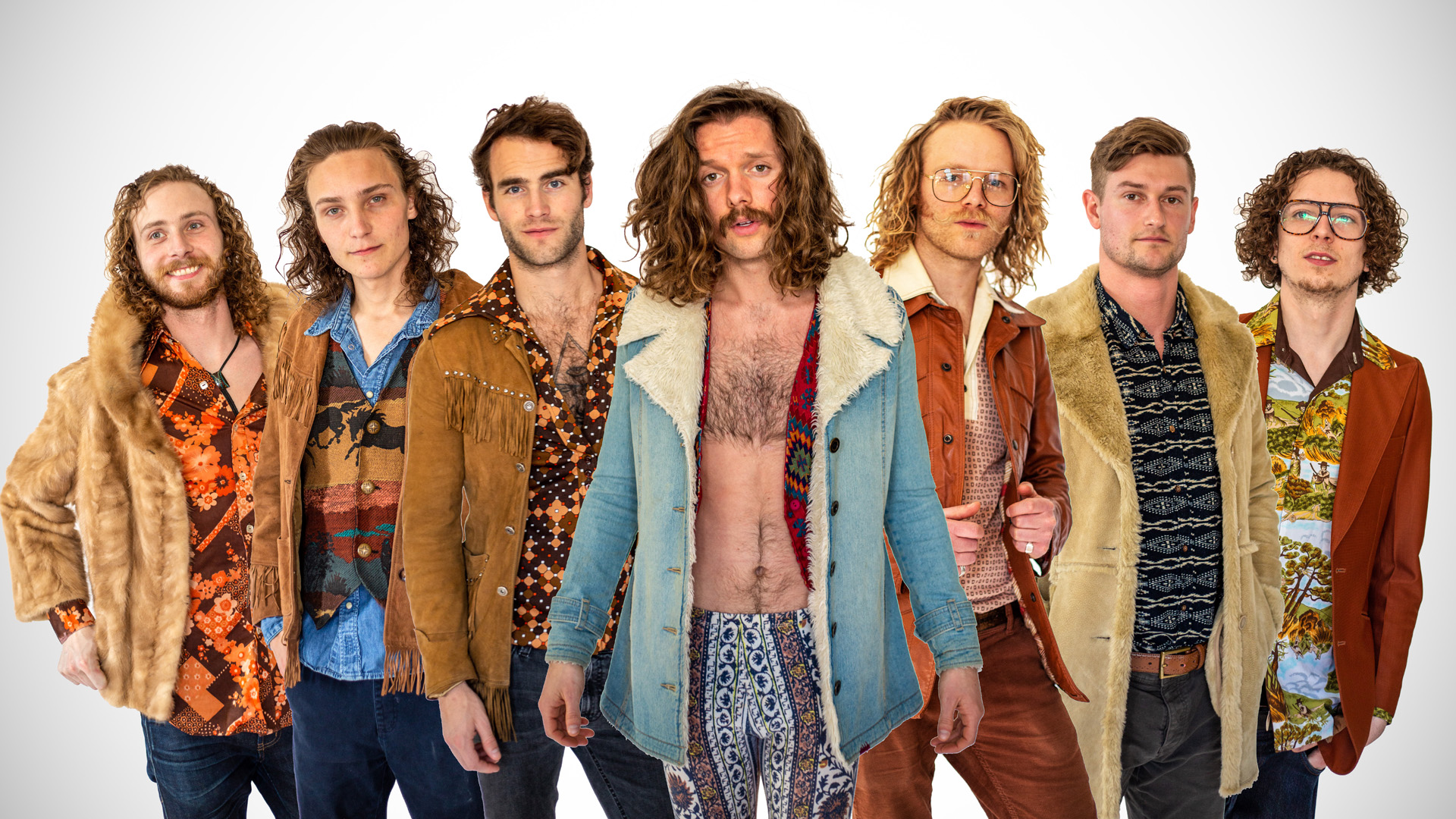 Bombargo is a Canadian based international touring band that drops a vibrant splash of soulover their distinctive ‘vintage-pop’ sound. Well known for bringing unrivaled energy to the stage with sing-along anthems, double-brother harmonies, and a powerful message that combined make for one of the most captivating live shows ever! Frontman Nathan Thoen’s passionate conviction and ‘Jagger-like’ dance moves even impressed billionaire and music industry icon SirRichard Branson, quoting “I haven’t seen this type of energy since The Rolling Stones!” – and he would know, having personally signed The Rolling Stones to Virgin Records.

The band began with lead singer Nathan Thoen and guitarist Spencer Chilliak after the two spontaneously met and drove 16 hours to attend Sasquatch Music Festival where they became inspired to start a band. The duo wrote their debut single “Let It Grow” during their very first writing session and as part of Bombargo’s debut EP Back on Main which would go on to be included in “The Top 10 Best Saskatchewan Albums of 2015” by SaskMusic. This further inspired them to continue writing, touring, and releasing their first full-length album titled We AreBombargo. The group has since evolved into a 7-piece touring band adding Nathan’s brotherAnthony Thoen on guitar, additional brothers Matt and Sammy Folkersen on keys and bass respectively, Connor Newton on saxophone, and Niall Cubbon on drums.

Bombargo went on to receive massive acclaim when pop star icon Taylor Swift added their2018 single “Mr. No Good” to her Spotify Playlist titled “Songs Taylor Loves” alongside mega artists including Ed Sheeran, Camilla Cabello, and Kendrick Lamar. Being the only unsigned band on this star-studded playlist saw Bombargo featured on CBC’s the Q, NME, Exclaim,Fashion, Noisey, People, and Billboard. This success was followed up by the release of their most successful single to date – “Oxygen” which pushed Bombargo into the Canadian Hot ACTop 40 Charts for the first time in the fall of 2019. The band also made its US touring debut in late 2019 with their 33 date “North American Dream Tour” which kicked off with Bombargo playing the sold-out Roughriders Labour Day Classic Half-Time Show to over 33,000 people.The band’s highly anticipated US debut at Hotel Cafe in Hollywood, CA gained heavy press coverage including a raving article in Billboard Magazine.

Bombargo has opened for legendary acts including John Butler Trio, Michael Franti &Spearhead, Joel Plaskett and most recently performed on the Okeechobee festival main stage in Florida with over 40,000 in attendance. They have surpassed 4.5 million streams on Spotify,received over 715,000 views on YouTube, and were nominated for the Saskatchewan MusicAwards “Pop/Rock Artists of the Year” in both 2018 and 2019. In August of 2020 the bandlanded a ‘most excellent’ cameo in the hollywood blockbuster “Bill & Ted 3: Face The Music”.There’s no doubt Bombargo will continue spreading The Good time GuaranteeTM long into the future with the release of their new album ‘nubula.’ (released in May of 2022), and upcoming“Goodtime Guarantee Tour” this coming fall.